Mr Brown is now onto his third Holden Commodore in seven years - a vehicle with a carbon footprint more than 70 percent bigger than some of the alternatives.

Part of the plan encourages the use of more efficient vehicles.

Fairfax Media's group motoring editor Dave Moore said the Holden was neither superbly frugal nor particularly thrifty, and it was not in the vanguard of efficiency. He said there were greener options.

"The Skoda Superb, which is a long wheelbase Czech-built vehicle, and is remarkably fuel efficient - anything from under 5 litres per 100 kilometres, which is nearly half what the Calais will use." He says. "It has better leg room, if a little narrow, and a huge boot" The mayor defended the choice saying he needs a big car.

"I would like to get myself into an electric car, but I tend to have a number of councillors and community members with me at any one time, and of course I've got a family with three daughters and a grandson so we need a car that is a normal family-type car." 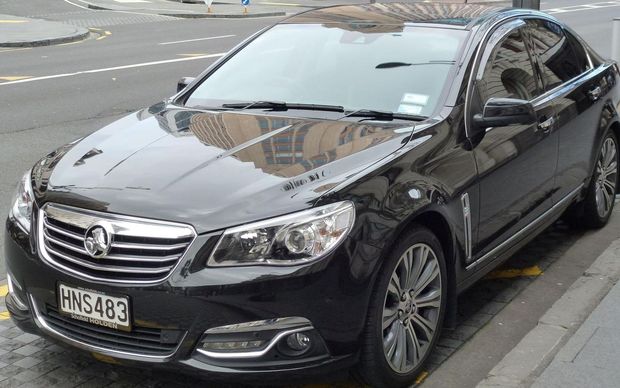 There are exceptions for particular vehicles which have to be fit for their specific purpose.

The mayor's office said despite a thorough investigation, no other vehicle was found to better fit the purpose of carrying up to five adults across the region, and with room to work in the car.

If space is the criteria, the mayor could have opted for a less luxurious Commodore with a slightly more efficient engine.

Of the two upmarket Calais models, the mayoral car is the more expensive but slightly less efficient version. However, it does have a heated driver's seat and more electronic knick-knacks.

Mayoral cars can be a chance to make a political statement. Wellington's green mayor Celia Wade-Brown uses a bicycle, or the council's small electric car.

This will be Len Brown's last Holden Calais. Declining sales of large, less fuel-efficient cars has spelt the end of Australia's car manufacturing industry and in three years the Holden factory will close.