The Police Association wants the law changed so officers can shut down out-of-control parties. 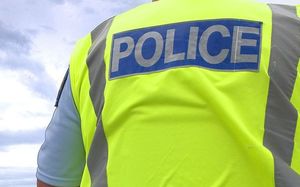 A report by the Independent Police Conduct Authority released yesterday found there was a common but mistaken belief by the police that they had the power to enter private property and close down a party without the owner or occupier's consent.

The IPCA said officers could end a party only with the consent of the owner or occupier or if there was a serious threat to people, property or emergency services

Police Association President Greg O'Connor said there should be a law change.

"I would imagine that there will be people in streets near where parties are taking place, who become aware that police can't do much about it, that may start putting pressure on their own local politicians to give the police those powers."

In 2009, Jakob Christie's neck was broken at a party in Wellington as police tried to clear it. Last year, Ella Eketone, who was 15 at the time, lost two teeth at an Auckland party when she was pushed by an officer trying to remove people.

Lawyers for both look set to make claims for compensation after the IPCA ruling that police mistakenly thought they could shut down parties without consent.