The Whangarei District Council has been ordered to pay $37,000 to council employee Jan Walters, who was wrongfully dismissed for nominating a mayoral candidate. 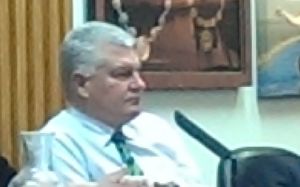 The former assistant to the council's chief executive, Jan Walters, claimed wrongful dismissal after she lost her job last September for signing the mayoral nomination form of her former boss, the ex-mayor Stan Semenoff.

The Employment Relations Authority said the decision by Mr Simpson to dismiss Ms Walters was not fair and reasonable.

It ordered the council to pay $31,000 in compensation and reimbursement for lost wages, as well as $6000 for humiliation and loss of dignity.

However, it said reinstating Ms Walters' to her former position was not practicable and reasonable.

Whangarei Mayor Sheryl Mai said the council was seeking legal advice and would not make any further comment at this stage.