One of New Zealand's biggest demolition jobs, the New Plymouth power station, is well under way but the landmark 198m-high chimney will stay - for the time being. 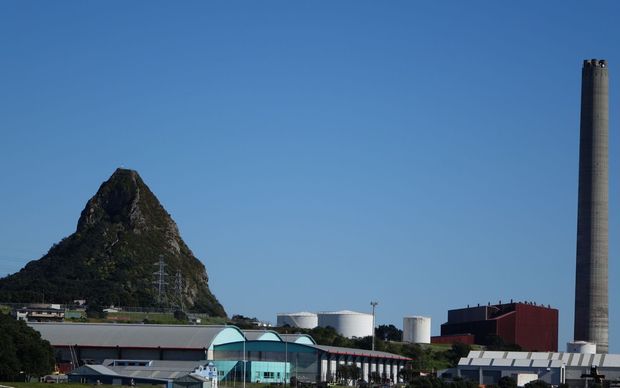 Auckland company Nikau Contractors is halfway through the 18 month job of gutting the power station's 20 storey turbine hall and bringing down its larger neighbour, a 50 metre high boiler house.

Contact Energy mothballed the New Plymouth Power Station in 2007, and two years later decommissioned it in favour of more efficient and environmentally-friendly alternatives.

Last year, Port Taranaki bought an 18-hectare portion of the site for $15.5 million to increase its storage capacity, and give it room to grow. 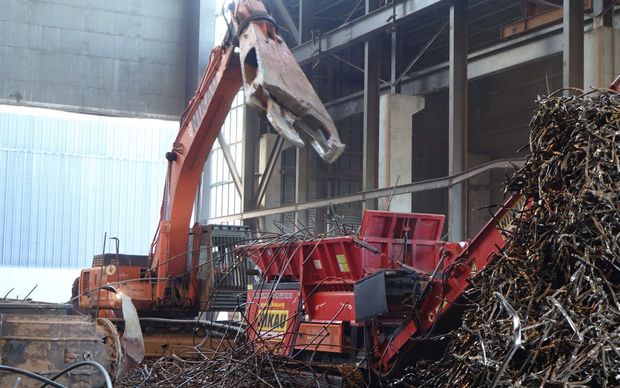 Nikau project manager John Paul Stil said the demolition job, which involved the recovery of 25,000 tonnes of scrap iron, was huge even by international standards.

He said as far as he was aware it was the largest single demolition job undertaken in New Zealand.

Mr Stil said Nikau brought in a 200-tonne high-reach excavator from Christchurch to help with the project.

It goes by the unlikely nickname Twinkle-toes after a competition to name the machinery in Christchurch was won by a child. 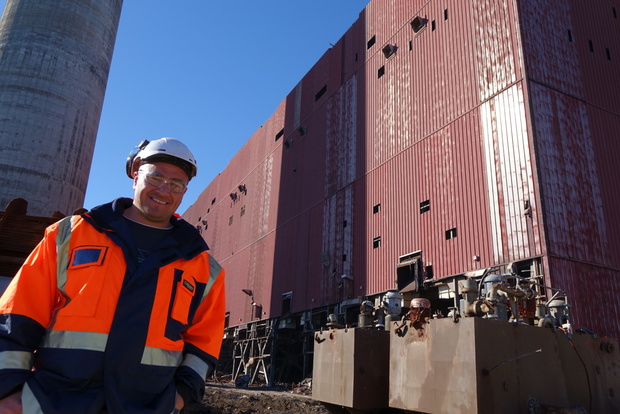 Nikau Contractors project manager John Paul Stil beside the New Plymouth Power Station boiler house which is to be completely demolished and the chimney that will remain standing. Photo: RNZ / Robin Martin

Port Taranaki chief executive Roy Weaver said the 198m-high chimney still had 50 years more life left in it so there was no rush to demolish it.

Mr Weaver hopes that either a use can be found for the chimney or a cost-effective method discovered to bring it down.

He said whatever he decided he would have upset some people.

The chimney is not the only remnant of the power station to remain; it is yet to be decided what to do with the administration block and Transpower has kept control of the switching yards.