A researcher says warmer than expected sea temperatures could be the explanation behind the unusual behaviour of whales migrating through the Cook Strait this year. 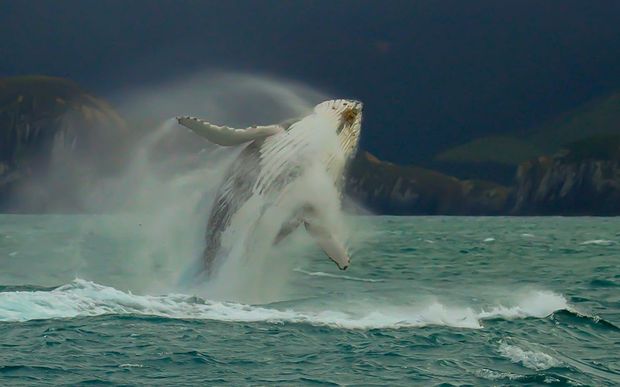 A team of Department of Conservation researchers and former whalers took part in the Cook Strait Whale Survey from 14 June to 12 July, to spot humpback whales migrating from Antarctic waters to breeding grounds in the South Pacific.

Project leader, Nadine Bott, said 92 humpback whales were spotted this year, slightly down from the record number of 106 in 2012.

"We had a lot of milling behaviour, a lot of surface activity behaviour, where the whales are jumping out of the water. Basically general mucking around kind of behaviour, which you don't typically see in a migrating population."

"They've normally always been on a very straight route from South to North through the strait, and if they do deviate from it they return quickly to the same bearing. This year they were all over the place" she said.

Ms Bott said the most likely explanation was the higher than expected sea temperature.

"It's possible with the water being so warm the whales think it's early in their migration season and so they are not as driven to get to their breeding grounds."

The project aims to track the humpback whale population through collecting biopsies and photo ID samples.

The information is used to find out the gender of the animal, relations and genetic diversity. 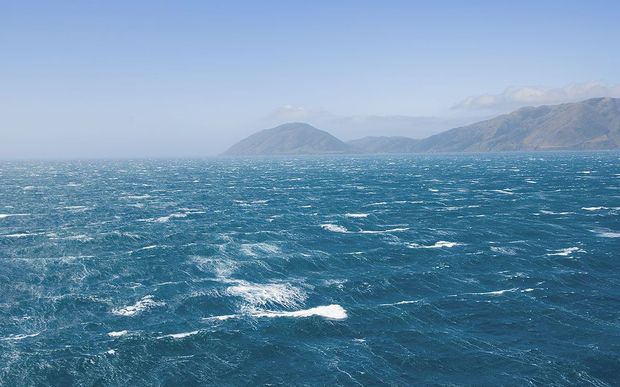 Humpback whales migrate each year from Antarctic waters through the Cook Strait (pictured) to the South Pacific. Photo: PHOTO NZ