Supporters of a Tauranga man who tried to hire a hitman to kill his parents say their friend was told shocking news shortly before committing the crime. 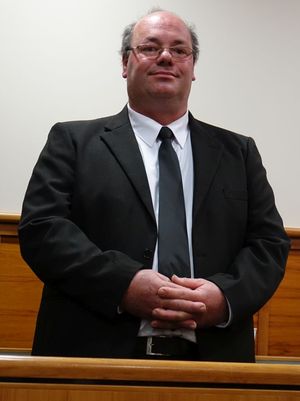 His supporters told reporters at court that at the time their friend called the hitman he had just found out Kevin Barlow was not his birth father and his real father had already died.

"Sometimes you say things that you regret later on you know. But, I think it was just the anger of finding out everything and missing out on meeting his real father."

John Hutchings said Barlow's behaviour was out of character.

After the conviction yesterday the lead Detective in the case Logan Nicholas said Barlow's mother was happy with the outcome of the trial.

A jury took only a few hours to find Barlow guilty. Barlow is in custody and will be sentenced on 26 September.