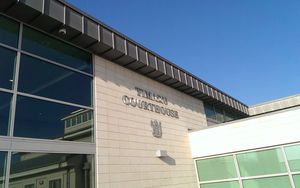 Jonathan Eaton, QC, has completed his closing submissions at the five-month fraud trial of former directors Edward Sullivan and Robert White, along with Mr McLeod.

Mr Eaton told the court that, like so many others, Mr McLeod placed too much faith, trust and reliance in Mr Hubbard, who died in a car crash in 2010 facing 50 fraud charges.

"Perhaps he, like many others, put Mr Hubbard on a pedastal and placed in him too much faith, trust and reliance," Mr Eaton said.

"Loyal to a flaw, I ask? Well perhaps. Loyal to the point of knowingly engaging in dishonesty? No."

Mr McLeod was a man more inclined to roll up his sleeves and work long and hard rather than engage in unlawful shortcuts, Mr Eaton said.

He reminded the court of witness statements describing Mr McLeod as a man who did not have a dishonest bone in his body, and who was reliable, dependable and loyal.

Earlier, Mr Eaton said the SFO was irresponsible in describing the case as the biggest fraud in New Zealand's history.

There was no suggestion a single dollar of the $1.6 billion collapse was redirected through fraudulent transactions to benefit any of the accused, he said.

Justice Heath will deliver his verdict on 14 October.