Three accident investigators from the Transport Accident Investigation Commission will begin work this morning at the scene of a fatal helicopter crash site near Wanaka. 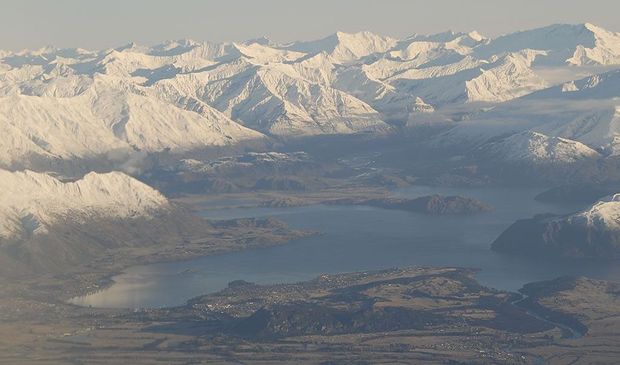 An aerial view of mountains around Wanaka, close to where a helicopter crashed on Saturday. Photo: PHOTO NZ

A skiing trip turned to tragedy on Saturday when the helicopter crashed, killing one man and injuring the six other people on board.

The Harris Mountains Heli Ski helicopter appears to have rolled almost a kilometre down the side of Mount Alta.

The dead man was Jerome Box, a 52 year-old from Auckland

The lead investigator for the TAIC, Ian McClelland, said they will map out the crash site and gather evidence before the wreckage was removed from the mountain.

He said the investigation could take up to 18 months.

The company whose helicopter crashed said it was deeply sorry about what happened.

Director of Harris Mountains Heliski, Mark Quickfall, said he has met with Mr Box's friends who survived the accident.

He said he was humbled by the experience and was pleased to personally offer his sympathy to them and Mr Box's wife.