Australian criminals banned from owning firearms in their own country, can cross the ditch and get a gun in New Zealand.

The New Zealand police confirm they do not carry out mandatory criminal record checks with their counterparts across the Tasman before issuing gun licences.

This is despite a pilot programme in 2012 between New Zealand and Australian authorities that involved information sharing for employment vetting.

The anomaly was revealed in the recent case of Peter Edwards, who despite having 53 convictions to his name in Australia was granted a firearms license in New Zealand.

He went on to spend over $50,000 on rifles and shotguns. Edwards cut the weapons down and modified them, effectively turning them into pistols. He then sold the weapons to gang members. 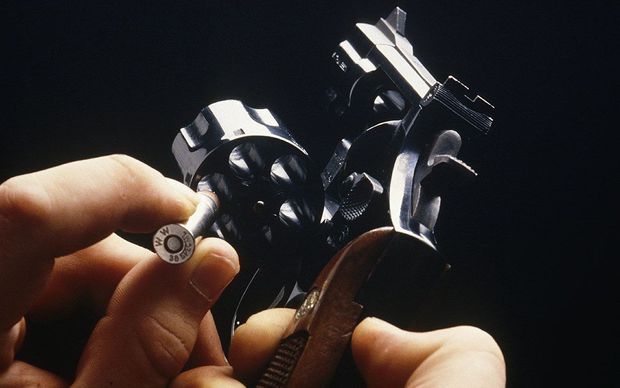 Professor Kevin Clements is head of Peace and Conflict Studies at the University of Otago. Speaking from the International Peace Association Conference in Istanbul, he said the case high-lighted a flaw in New Zealand's firearms law.

"That does create a rather big loophole for our criminal background checking on firearms licence applicants and I think that definitely needs to be rectified. I mean I think at a minimum there should be background criminal checks in Australia as well as New Zealand," Professor Clements said.

In a statement, she said a Memorandum of Understanding was still being negotiated with Australian police.

She said where the police have prior warning about someone being deported back to New Zealand, they could run checks and monitor the person.

The police also declined to be interviewed but a police spokesperson said they were aware of just one of Edwards' convictions and that was not serious enough to stop him getting a gun license.

The spokesperson said if information about someone's overseas criminal record did come to light then it may be used in later applications.

Kevin Clements said there could be others with serious Australian criminal convictions with firearms licenses in New Zealand.

"Most of the people who get firearms do not commit criminal offences with them. There are a small number, however, who do get firearms, who have access to a large number of firearms, who do commit criminal offences. So to some extent you can say we don't need a law for the minority, but if the minority then creates a lot of trouble with the guns they get then that is something that needs to be rectified."

Professor Clements said the police needed the resources to do proper checks.

He said Edwards was able to supply an arsenal of guns to gang members, most of which are still on the streets of New Zealand.

Paul Clark has worked for 30 years in the firearms industry and is the chairman of the Council of Licensed Firearms Owners. He said the Edwards case was serious and authorities should look at increasing the prison sentences for those who put guns into the hands of criminals.

Mr Clark said he would support New Zealand authorities approaching foreign police forces to ask if there were any reasons why a particular person shouldn't be given a firearms license.

"If they think that guy's lived in Aussie for ten years or the UK or wherever and maybe they have some reason to suspect that maybe something happened there, I don't have a particular problem. But if they, like when I come to renew my firearms licence for arguments sake, if they said 'well we want to go on a fishing expedition regardless', I would be against that."

He said there would always be issues but there were a quarter of a million people who used firearms in New Zealand and as a sport or recreation it was safer than fishing.