Photos depicting soldiers who were left with physical disabilities as a result of combat operations during the World War I are on display in Wellington.

Commemorations began earlier this month to mark the start of the war for New Zealand. 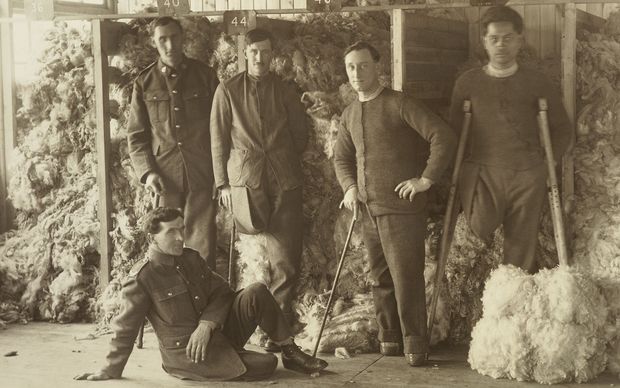 And now Te Papa has opened an exhibition of photos and items, called Road to Recovery: Disabled soldiers of World War I .

The exhibition features eight large photographs from 1918 which depict a training programme set up for amputees at Oatlands Park, near London, where men learned practical skills such as wool grading, cabinetry and artificial limb-making.

Alongside the photos are examples of handwork crafted by the servicemen recovering in hospital, and by returned veterans whose disabilities made it hard for them to hold down full-time jobs.

Te Papa curator and historian, Kirstie Ross, said about 1000 New Zealanders lost limbs because of the war wounds, and many took up the programme.

"It appears to me that the men really did take advantage of the scheme and they realised that it was an opportunity too good not to take up," she said.

She said it was all about keeping men upbeat.

"If men were kept occupied and busy...if they were in bed (they would do) embroidery, if they were out of bed, maybe learning some woodworking, learning to type...all of these things led to the mens' overall recuperation," she said. 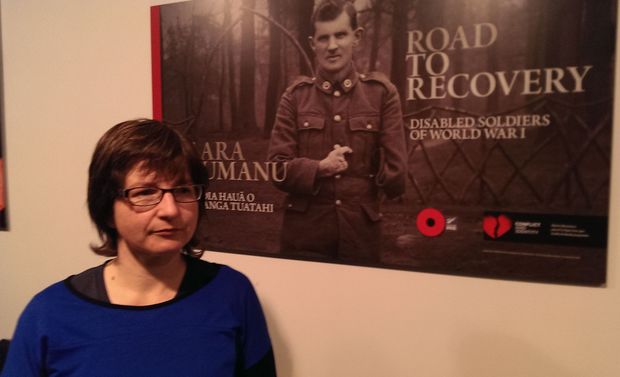 Ms Ross said some stayed on for a while.

"Sometimes the men were there for over a year, so they were waiting for their stumps to heal, for the nerve endings to settle-down, for the stumps to shrink into their final position," she said.

The exhibition draws on research undertaken for the new Te Papa Press publication Holding on to Home: New Zealand Stories and Objects of the First World War, by Kate Hunter and Kirstie Ross.