An Auckland recreational fisher has been sentenced to community work for the largest recorded breach of the daily snapper limit. 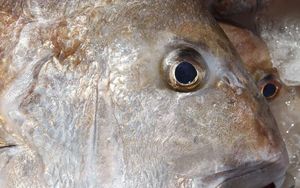 Nearly 260 snapper were hidden in the hull of the man's boat. Photo: PHOTO NZ

Loseli Utumoengalu, from Three Kings, had earlier pleaded guilty to taking more than his daily snapper allowance and intending to sell his catch.

The 43-year-old was sentenced today at the Papakura District Court to 320 hours' community work, for taking 325 snapper at Kawakawa Bay in Northland in October last year.

Police found 258 snapper hidden in the hull of Utumoengalu's boat.

At the time of the offence, the daily recreational snapper limit was nine per person, but has since been reduced to seven.

A Ministry for Primary Industries compliance officer, Justen Maxwell-McGinn, says the huge catch, the effort to conceal it and the intention to sell it makes it a very serious offence.