The Dunedin City Council admits someone could have been injured by a new sinkhole at the Esplanade in the suburb of St Clair. The hole is 3 metres long and 50cm deep.

Council contractors have been shifting rocks below the popular seaside walkway in search of the source of the new hole which developed yesterday. 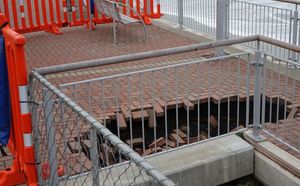 Since June last year, the council has spent $680,000 fixing and shoring up the seawall after deep sink holes closed it for 10 days. It was alerted to the new hole last night and has roped off the area.

Mr Standring said the hole is was not affecting the structural integrity of the seawall. He said the

council still needs to work out a long-term solution for the wall, but maintenance would always be needed. 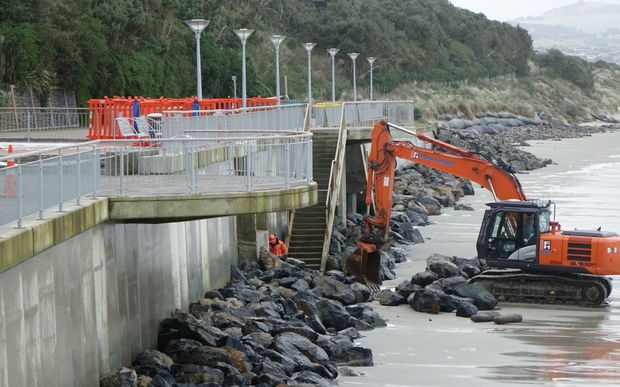 A digger was used to shift rocks at the base of the seawall today so contractors could try to find the cause of the problem. Photo: RNZ / Ian Telfer