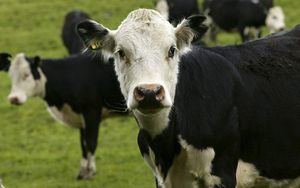 In July this year, commissioners on behalf of the Canterbury Regional Council granted only partial consent to convert 7000 hectares of Hurunui forest to irrigated dairy farming and another 617 hectares for dryland dairy farming.

The decision was based on the unacceptable adverse effects the full development would have on the environment and the water quality of the Hurunui River.

Ngai Tahu has lodged an appeal with the Environment Court, arguing that the decision fails to take into account existing land use in the forest area and Ngai Tahu's proposals to prevent nitrogen leaching.

The consent application for the Hurunui forest block is the second stage of what is projected to become the largest dairy farm in New Zealand.

In recent years, the tribe has amassed 16,000 hectares of land and, since 2012, has been converting parts of it into pilot dairy farms. This includes 6700 hectares at Eyrewell and 9300 hectares further north at Balmoral. The farming operation will eventually be worth an estimated $1.2 billion.

Ngai Tahu chief executive Tony Sewell says that, over time, monitoring of the 9300-hectare farm will show that the effect on the environment is minor. He said the appeal would address errors and resolve issues in a manner that is fair and transparent.