The MetService says a southerly storm that cancelled ferries and closed main roads in the North Island today is on its last legs, but is not over just yet.

Heavy swells led to the cancelation of three Cook Strait ferry sailings and the Bluebridge service had to restrict its 2pm crossing to freight only. All East by West ferry sailings from Wellington to Eastbourne were cancelled. 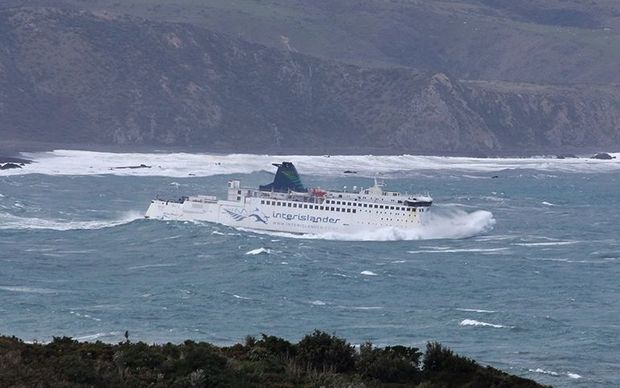 The Interislander ferry hits a big swell as it exits Wellington Harbour at 11am on Friday. Photo: Steve Lynch

The strong waves also tore a fishing boat from its mooring and washed it up on a Wellington beach.

Captain Mike Price, the harbourmaster for Greater Wellington, says the Star of the Sea washed up on Island Bay early this morning.

The boat had to be removed from the beach by crane in the afternoon, before being taken to a repair yard.

Watch the boat being lifted off the beach

MetService says strong southwest winds will continue to ease overnight, but it is forecasting more snow for the central North Island.

It says up to 20 centimetres of snow could fall from this afternoon until tomorrow morning which could see a repeat of last night's road closures. 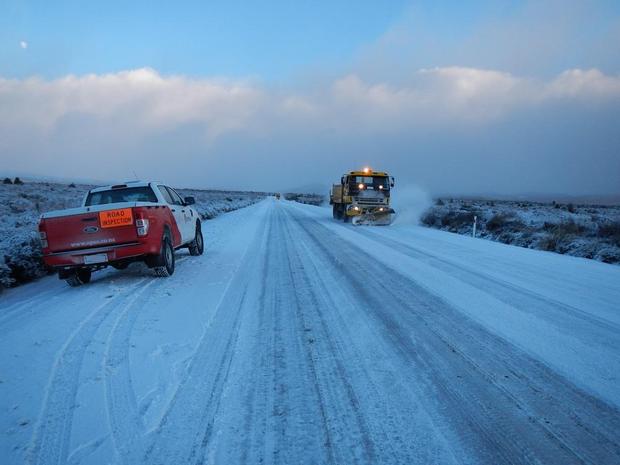 Snow being cleared on the Desert Road. Photo: NZTA

All of the main highways are currently open. However, there are several slips and rockfalls on State Highway 4, from Whanganui to Raetihi and the Rimutaka Hill Road, north of Wellington, is also treacherous with snow and ice.

Taupo police say there was black ice on the regions' roads, and they believe that may have caused a crash at 5am. A car was flipped onto its roof at Hatepe, 10km south of Taupo, injuring one person.

In the South Island, strong winds, snow and ice continue to make driving difficult on State Highway 1 from Waitati to Dunedin, the Lindis Pass and State Highway 85 from Wedderburn to Becks.

Powerco says power is now back to the lower North Island properties in Wairarapa and Tararua that lost power late last night.

A resident of the Wairarapa township of Gladstone, Gerry Eady, said his house lost power at 11.45pm yesterday and conditions were atrocious, with low temperatures, rain, snow and high winds.