Economic Development Minister Steven Joyce says rather than being in the doldrums, the regions are leading New Zealand's economic recovery and are growing faster than Auckland. 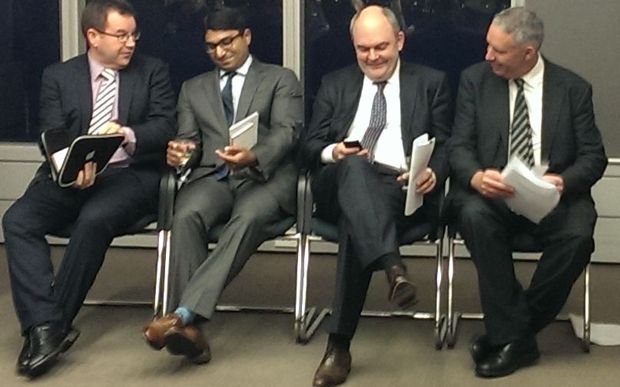 In a speech to mayors and local government leaders in Wellington on Monday night, Mr Joyce was upbeat about the economic prospects of the regions.

"The good news is that the regions are actually leading New Zealand's economic recovery and I think that's pretty exciting. What we have seen over the last few years is the regions have lifted their economic growth rate ahead of Auckland".

Politicians, mayors and local government leaders were in Wellington to discuss the need for economic growth across all of New Zealand.

But not all shared the minister's rosy view.

President of Local Government New Zealand Lawrence Yule suggested the real picture was different and reminded the audience to speak up and paint a picture of what's really going on.

Mayor of Masterton Lyn Patterson talked about a skills shortage in her area.

"I mean sheet-metal fabricators, we're bringing them in, we've brought two of them, I've met them, just flown in from Jordan, because we could not source them locally," she said.

Mr Joyce said the Government was addressing that through a greater emphasis on apprenticeships and measures such as encouraging expat Kiwis to return from Australia and re-focussing on skills in polytechnics.

"30 percent of our school leavers will go to university, which means that 70 percent won't, and we do not do enough to support and encourage those young people with the options that they've got," he said.

"It's such a big part of our population growth. If we don't talk about it openly, we risk creating rifts in our society that are completely unnecessary," he said.