The SPCA says the case of a heavily pregnant ewe caught in a gin trap is the first it has heard of one of the illegal traps being set in a popular public park in Auckland.

The sheep was found in the metal jawed, spring loaded trap on Sunday night in a paddock in Cornwall Park around One Tree Hill. It is expected to make a full recovery.

Auckland SPCA executive director Bob Kerridge said he doesn't know why anyone would set a gin trap there, but they are dangerous. 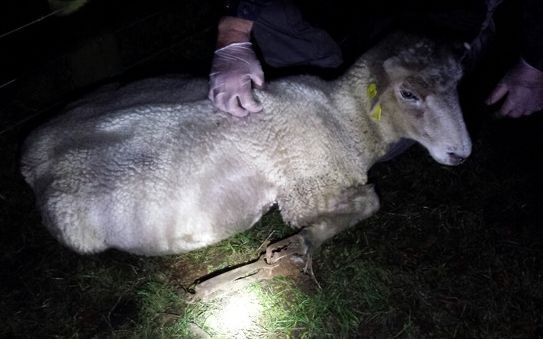 The trapped ewe was found on Sunday night. Photo: SPCA