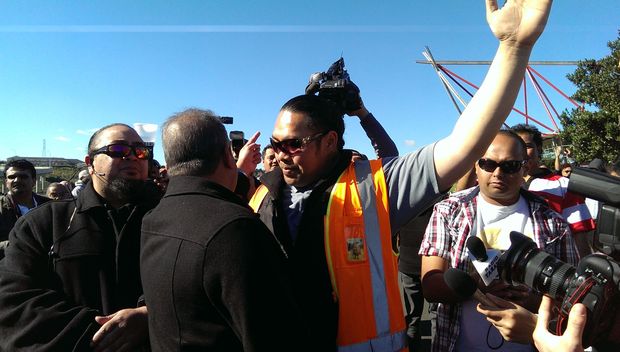 About 20 protesters were escorted off the grounds of a building in South Auckland before a speech by Frank Bainimarama. Photo: RNZ

Mr Bainimarama is in New Zealand for three days campaigning for next month's Fijian election.

He spoke to a crowd of about 300 on Saturday afternoon in Manukau in Auckland. Another 100 people were turned away because the venue had reached capacity.

Some protesters were removed from the venue before Mr Bainimarama's arrival but others managed to get into the meeting and heckle. Reacting to the taunts, Mr Bainimarama told the crowd he did not worry about the "devils", as they were a "bunch of losers".

He told the crowd what he had achieved in the past six years.

"We have improved the law and order situation. We provide, for the first time, free education. We have... subsidised busfares, for the poor families. We have pensions available for those over the age of 70."

The politician - who led a military coup in 2006 - is campaigning for support for his FijiFirst party.

About one thousand mainly Fiji Indians living in New Zealand are registered to vote in Fiji's elections next month, which are the first since the Bainimarama-led government came to power in the coup.

Earlier, a clash broke out between supporters and opponents of Mr Bainimarama outside the building. Mr Bainimarama's opponents yelled insults about the coup leader, calling him a dictator, but his supporters shouted back that he was a good man.

About 20 protesters were escorted off the grounds by security guards.

The police were called, but there were no arrests.

Mr Bainimarama was expected to continue campaigning in Auckland on Sunday. 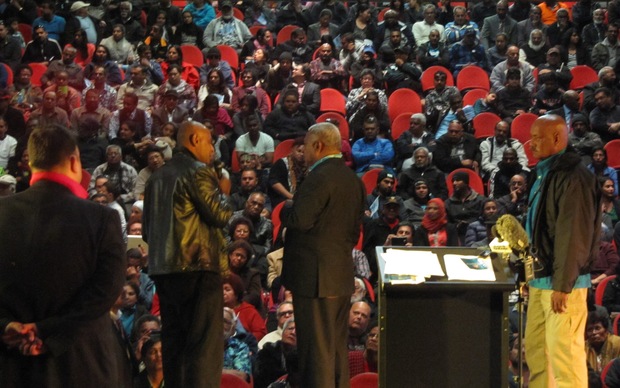 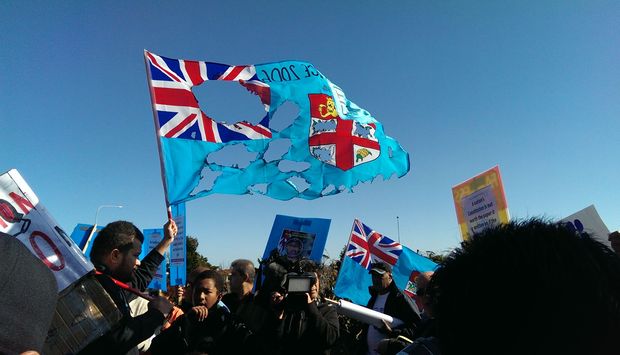 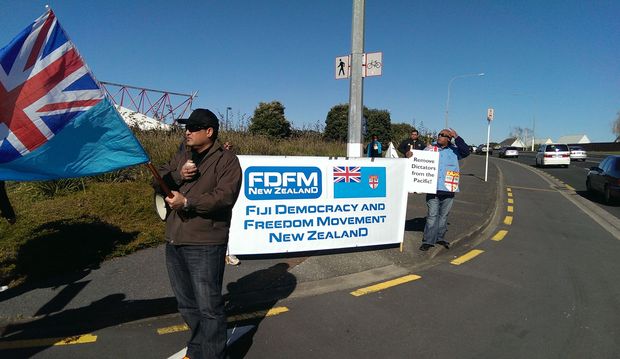 Hundreds of people turned out to Frank Bainimarama's meeting in Manukau on Saturday - including protestors. Photo: RNZ