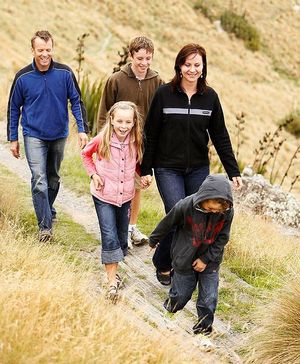 At the same the number of primary school-aged students being driven to and from school rose from 31 percent to 56 percent over the same periods.

However, the reports also show the biggest users of non-car modes - such as walking, cycling, and public transport - are children and young adults.