Dunedin and South Otago have been the worst hit by a snow storm which has cut power, closed schools and made roads treacherous.

The snow which began Thursday night has fallen to sea level, and is up to 14 centimetres deep in some places. 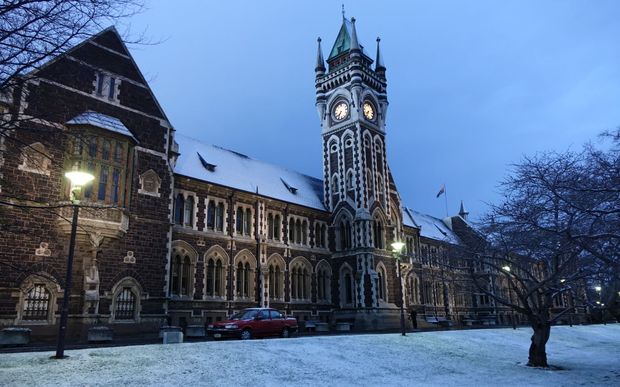 Thousands of people are having a snow day at home with Dunedin schools and hill bus routes out, and some of the city's main routes shut or impassable.

Police said at least a dozen vehicles have slid and crashed Friday morning, mainly coming down from around Dunedin's hill suburbs.

Snow fell across South Otago and Northern Southland, laying thickly in the high country, where farmers say it is a nuisance but no danger to stock yet.

A truck and trailer rolled near Clinton, and trucks have slid off the road near Balclutha, but there have been no injuries on the roads so far.

The snow has cut the power multiple times across the region, especially in Northern Southland, though PowerNet's Tim Brown said it does not yet know how many people are affected.

The northern motorway, State Highway 1 is now open having been earlier closed because of snow. 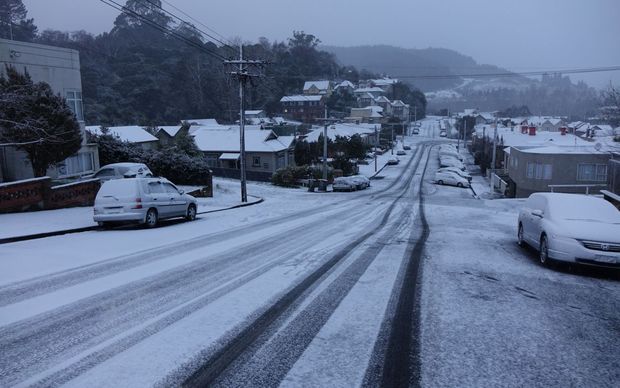 Dunedin's roads have had a blanket of snow. Photo: RNZ / Ian Telfer

And the snow has created havoc on roads elesewhere in Otago and Southland.

State Highway 93 between Clinton and Mataura, State Highway 87 from Kyeburn to Outram and Highway 94 between Milford Sound to Te Anau are all closed.

Motorists are still being warned to take extreme care on State Highway 1 between Gore and Balclutha and Dunedin to Waitati. SH 1 from Milton to Balclutha is closed to towing traffic. 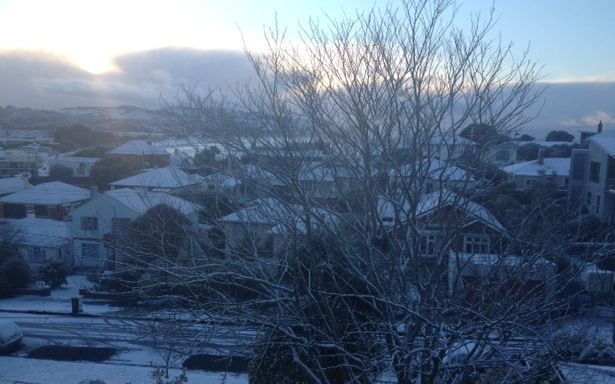 Meanwhile, in Invercargill, residents had a treacherous night with gale force winds and lightning flashes throughout the night.

The snow is expected to pass by mid-afternoon, but the gales that brought it are heading north to Wairarapa and Central Hawke's Bay. 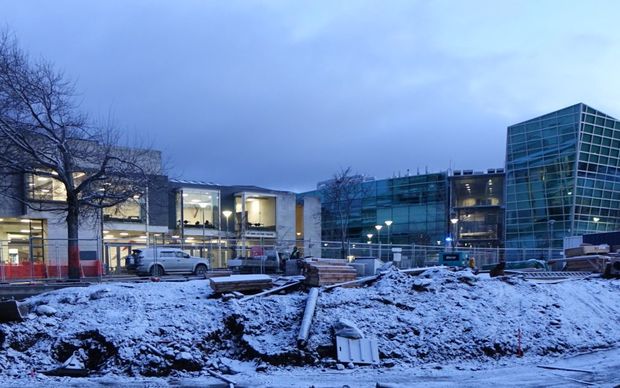