A coroner wants the racing industry to develop safer practices for the sport, after a Christchurch jockey died when her horse fell during a race.

Ashlee Marie Mundy died from head injuries after falling off her horse Elleaye at the Kurow course on 30 December, 2012, triggering several investigations.

The Coroner, David Crerar, said the 26-year-old was projected at speed and from a height of approximately two metres to the track, landing almost directly on her head, to die from diffuse cerebral injuries created by blunt force impact on her head.

He found the condition of the track was not a contributor to the fall of Elleaye, whose hooves had fleetingly clipped the hooves of another horse and Ms Mundy was appropriately clad.

The Coroner made no recommendations - he said horse racing was inherently dangerous, but said he also hoped the industry protected participants the best it could.

At the hearing in May, the court viewed videos of the race in slow-motion clearly showing Ms Mundy's horse tucking its front hooves under its body while in full stride and briefly collapsing. It survived the fall.

Evidence in the morning suggested that the horse collapsed unexpectedly for no obvious reason.

But in the afternoon two race stewards said they were convinced that it clipped its hooves with another horse, stumbled and dumped Ms Mundy.

One steward, Mark Davidson, said he was astonished at what he saw and thought that Elleaye had died.

"When I saw it live on TV I was surprised at how quickly the horse actually dropped to the ground. My first reaction seeing it live was I thought the horse had died."

Mr Davidson said he had never seen a horse do what it did before. 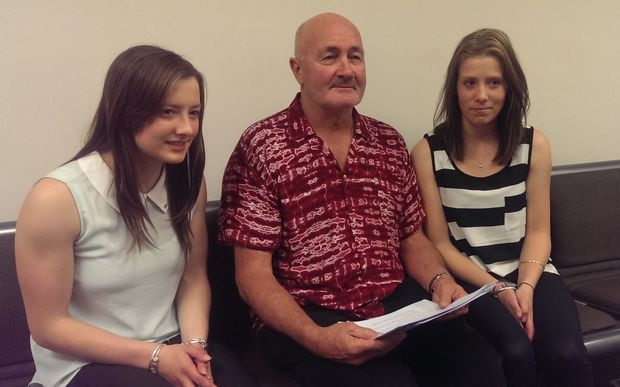 Two other jockeys in the race, Toni Direen and Courtney Barnes, told the inquest that Ashlee Mundy was a good and well-regarded rider.

After that hearing, the jockey's father, Lockey Mundy said it showed that his daughter's death was an unavoidable accident in an industry prone to danger.

Mr Mundy said at the time that his daughter knew that racing horses had dangers, but she just loved doing it.