The Waitaki District Council has agreed to invest millions of dollars in additional money to double the land area under irrigation in North Otago. 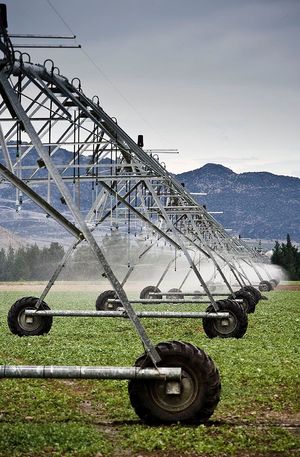 Ten years ago, the council invested $10 million to start the North Otago Irrigation Scheme, which is credited with creating hundreds of new jobs.

On Wednesday morning, it decided in principle to invest another $9.5 million in the North Otago Irrigation Company, which plans to double the amount of irrigated land in the district to 25,000 hectares using the Waitaki River.

The decision was unanimous, but some councillors opposed the company paying a much lower rate than it would get from a bank.

Councillor June Slee said she grew up with dairy cows, but worries they are becoming a more risky investment by the day.

"I'm pro-dairying, but it concerns me there's a big risk attached - and that's a 41 percent drop in international milk prices since February. Dairying is cyclic and this is the third cycle that this country has enjoyed and it may not last."

Ms Slee said the investment is still worth it for the economic benefits, but the risk has to be factored in.

The council will now put the plan out for public consultation.

Waitaki district mayor Gary Kircher said supporting irrigation would have more economic benefit than anything else his council could do and the decision is likely to be the most significant the council will make this term. He believed the money is better invested in irrigation than in a bank.

"We believe that it will show the same kind of benefits (as stage 1 of the scheme) which is jobs in the 200-300 annual fulltime equivalent jobs for the community.

"And the kind of benefits of 40 to 50 million dollars of Gross Domestic Product added annually through the increased productivity of the land in the extension area.

Ms Wells said the first stage of the irrigation scheme had about 100 farmer shareholders and stage two could get about another 80 or 90 on board.