The vast majority of scientists surveyed by the New Zealand Association of Scientists are critical of the Government's $133.5 million National Science Challenges programme.

The challenges are intended to find innovative solutions to 10 fundamental issues facing the country.

On Tuesday,Science and Innovation Minister Steven Joyce celebrated the launch of the Deep South Science Challenge which will focus on modelling the impacts of climate change on New Zealand. 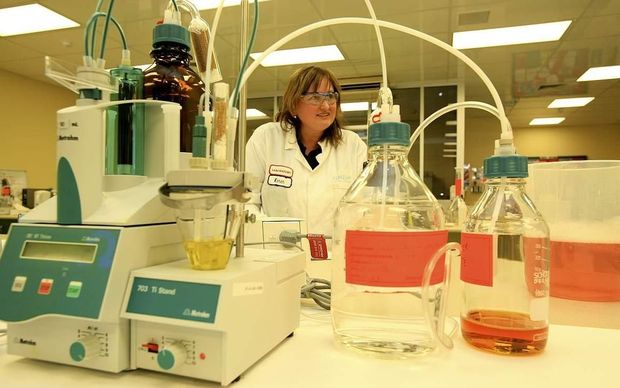 The same day, the New Zealand Association of Scientists published 150 anonymous comments from researchers about the National Science Challenges.

These comments came from scientists who have spent more than 100 hours working on proposals for the challenges:

Association of Scientists president Nicola Gaston said the comments represent a strong feeling among scientists that the challenges have lacked transparency. Of the 280 scientists who responded to a survey about the challenges by the association, 80 percent were dissatisfied with how they have been developed.

"At the moment I'd really just like MBIE (Ministry for Business Innovation and Employment) to tell us that they are taking the feedback seriously and that they are looking at the flaws within the system and they are thinking seriously about what to do," Dr Gaston said.

Last week Radio New Zealand obtained emails showing 19 complaints about the challenges from prominent scientists to the Ministry for Business Innovation and Employment. At the time the Minister, Steven Joyce, said they did not indicate widespread problems with the $133 million programme, and he was standing by that position.

"Ironically for the association it's not actually a scientific survey, it's an opt-in survey ... there are 20,000 researchers around New Zealand, they're all going to have a different view but this is a programme that's had very wide support from the start."

"There is no option for New Zealand to get this wrong. These challenges are going to consume $1.3 billion of science funding. Money has been recycled from all over the science system into them, $641 million (over 10 years) of Crown Research Institutes' core funding and up to $306.5 million of contestable funding is being swallowed up into the challenges that our leading scientists are telling us they have little to no faith in."

Steven Joyce said if scientists had concerns about funding they should send in submissions on the National Statement of Science Investment.