Opposition parties say the continued warnings about one of the Health Ministry's flagship programmes show there is mistrust and concern from district health boards about it.

Official documents leaked to Radio New Zealand News show there has been more trouble with one of the multi-million dollar programmes introduced by Health Benefits, which is charged with finding cost savings across the country's district health boards (DHBs).

Health Benefits originally planned to streamline the finance and procurement systems and supply chains of health boards, but has since announced that the project is under review.

The Green Party said the benefits to district health boards from the flagship programme look to be severely diminished.

One of the documents showed the future was uncertain for the programme and there was a high risk it would run over its $88 million budget.

The Green's health spokesperson, Kevin Hague, said the DHBs were in a difficult position.

In March, accounting firm PwC was engaged to assess options for the Finance, Procurement and Supply Chain project (FPSC) after major milestones were not met.

Now correspondence between Health Benefits Limited, or HBL, and PWC has been leaked to Radio New Zealand News.

This comes just weeks after another document was leaked to Radio New Zealand which called the HBL initiative the single biggest threat to the public health system in a generation.

The FPSC programme to streamline procurement, financial services and supply chains across District Health Boards was expected to cost $87.9 million.

But the document from a PwC partner to a senior manager at Health Benefits Limited, dated 10 July 2014, shows there is a high risk that the project will not be delivered within the original budget.

That is because the current expectation is that the project will not come in on budget there is uncertainty about the future of the project, it says.

PwC does say the expected cost savings from the project remain unchanged so it is worthwhile proceeding with it.

However, it notes the higher project costs will clearly affect the return from the DHBs investment, and the additional funds to complete the project will still need to be made available, ultimately by the Crown, if the project is to proceed as planned.

Health Minister Tony Ryall is in Belgium and was unavailable for comment. 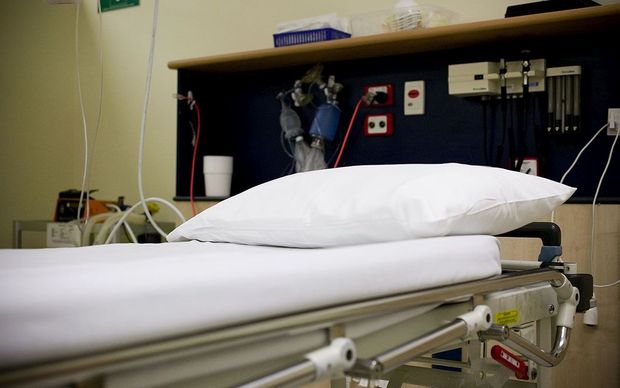 HBL says its role is to facilitate and lead initiatives that save money be reducing administrative, support and procurement costs for district health boards. Photo: PHOTO NZ

Health Benefits Limited says this is nothing new and that it has already announced it is reviewing the project. However, it has never revealed there was uncertainty about the project's future, or quantified that the project's budget may balloon.

HBL says it advised senior DHB managers it was refining the project's implementation on 27 June, just days after Radio New Zealand News revealed there were serious concerns about HBL and the project.

It says it is refining and updating elements of the programme which is expected to take three to four months.

But it concedes the implementation stage will be more complex than previously anticipated.

This is the third leak of documents about HBL in the past few months.