A multi-agency intelligence centre is to be established to crack down on gang-related crime in New Zealand. 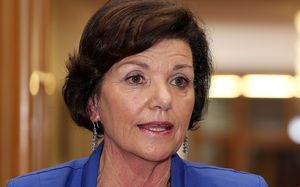 The Government is also considering other steps including banning offenders with gang connections from owning firearms, temporary freezes on bank accounts and cash, and drug dogs and key domestic ports - both maritime and airports.

Police Minister Anne Tolley said on Monday while gang members make up point 1 percent of the population aged over 17, they are responsible for a disproportionate level of serious crime and need to be stopped.

Mrs Tolley said five out of nine child deaths between 2009 and 2012 involved step-fathers with gang connections.

Two multi-agency task forces would also be introduced: one to target drug trafficking networks, the other to strengthen asset recovery efforts and target crime financing and profits from the activities.

The Sentencing Act would be changed to allow 24-hour GPS monitoring of high-risk gang affiliates after they have been released from serving a prison sentence of two years or less, she said.

Prime Minister John Key says that targeting gangs is about reducing crime - not to score political points weeks out from the general election on 20 September.

"We know that gangs are at the forefront of the manufactured and distribution of drugs. They are the critical distribution unit in New Zealand.

"So naturally having, I think, dealt with a lot of the low hanging fruit when it comes to crime, if we're really serious about getting the crime rate lower, we have to go into where the more difficult issues are."

Mr Key said the actions would provide support to gang members and their families so they can break free from gang life.