A Hawera grandmother has been killed trying to remove metal fencing placed across a Taranaki highway in what police say was a malicious and dangerous act.

Christine Fairweather died when she was hit by a car on State Highway 3 about 11.50pm on Saturday. 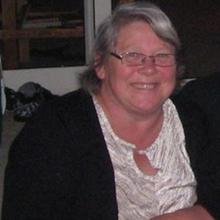 Police said the 57-year-old turned her hazard lights on and got out of the car to remove the fencing which had been taken from the footpath and laid across the road.

In heavy rain and poor visibility she was struck by a vehicle and died at the scene.

Detective Guy Jackson told Radio New Zealand's Checkpoint programme on Monday that shifting the fencing was a malicious and dangerous act, and Mrs Fairweather was behaving like a Good Samaritan.

"From what the family have told us, that's typical of her. She's just every person's mum or grandmother. She's just been doing a good deed by baby-sitting and now she's on the way home. She's seen these frames and decided to clear the road of them obviously and tragically, she's been killed.

"Who knows what whoever did this is thinking, but it's obviously resulted in a death ... Most people wouldn't even consider doing something like this. It's certainly different from someone putting a road cone on the road, or something like that. It'd be a step above that."

Mr Jackson said the driver of the car that hit Mrs Fairweather is traumatised.

Police said anyone with information about the matter should contact them immediately.