Commemorative crosses were laid on the lawn of Parliament and a 100-gun salute fired over the Wellington waterfront to mark the centenary of the beginning of WWI for New Zealand.

The war cost the lives of nearly 18,000 New Zealanders and 40,000 were wounded. Of the country's population of one million at the time, 10 percent served overseas.

On 4 August 1914, the then Governor of New Zealand, Lord Liverpool, read the proclamation of war on the steps of the General Assembly Library at Parliament before a crowd of 15,000 people.

A century later commemorations began in Wellington with military chiefs laying wreaths at the Tomb of the Unknown Warrior, at the National War Memorial. The Last Post was played and the Ode was read.

"This is a very poignant date to remember and something that all New Zealanders should remember - all the men and women that we lost through the war, " said Air Vice-Marshall Mike Yardley, Chief of Air Force. 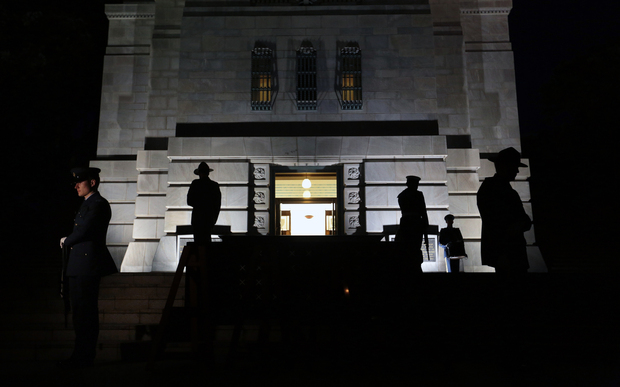 Commemorations began with a wreathlaying at the National War Memorial in Wellington. Photo: RNZ / Diego Opatowski 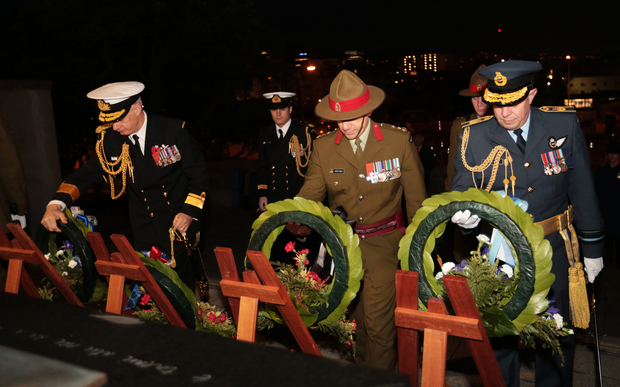 A ceremony on the steps of Parliament followed, shortly after, a 100-gun salute from ten 105mm Howitzer guns was fired from near Te Papa, taking just over eight minutes.

Lieutenant-Colonel Andrew Shaw said gun salutes were normally fired in 21-round lots, but Monday morning's had a special significance.

"This really is about firing a round for every year of the last hundred years, so that we can remember the sacrifices made by those young New Zealanders."

During the ceremony at Parliament, Prime Minister John Key said WWI had a huge impact on New Zealand's identity.

"The First World War changed how New Zealanders viewed ourselves and indeed how other countries viewed us. It laid the foundations for the country that we have become today."

The original proclamation of war was read from the steps of the Parliament Buildings, and members of the New Zealand Defence Force, dressed in WWI replica uniforms, lowered the flags on the forecourt, to the sound of the Royal New Zealand Air Force Band.

At the conclusion of the ceremony, invited guests were placing the last 10 crosses on the Field of Remembrance Trust's field of 100 white crosses on the Parliamentary lawn. Flags on the forecourt were lowered. Photo: RNZ / Diego Opatowski 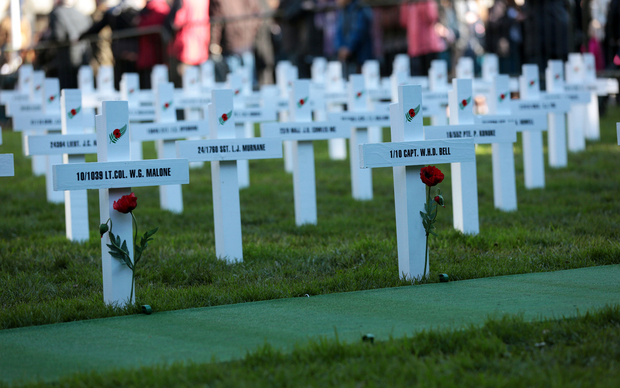 The Field of Remembrance Trust's 100 white crosses on the lawn of Parliament. Photo: RNZ / Diego Opatowski 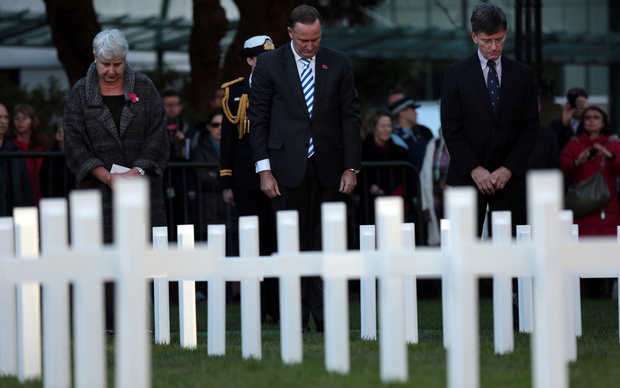 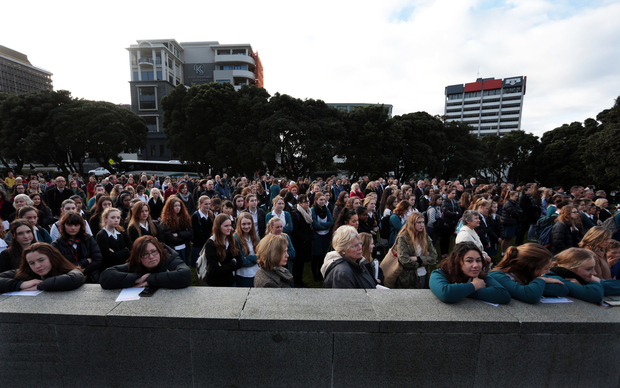 Schoolchildren were among the crowd at the ceremony at Parliament. Photo: RNZ / Diego Opatowski