Auckland Council is investigating the mauling of a preschooler in Otahuhu on Saturday and says it will consider prosecuting the dog's owner. 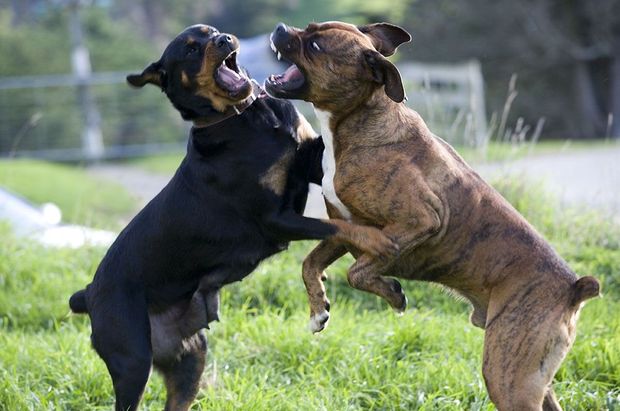 Four-year-old Shepard Mea is in a stable condition in Auckland's Middlemore Hospital with wounds, including serious injuries to his head, following the attack by a bull mastiff cross at his home.

His family has agreed to have the dog put down.

An Auckland Council spokesperson said it was investigating the incident and would consider prosecuting the dog's owner under the Dog Control Act.

Housing New Zealand regional manager Denise Fink said it had a no-dog policy and would have intervened immediately if it knew the dog was at the home.

However, it would not be ramping up checks for unreported dogs on its properties in the wake of the mauling.

"Housing New Zealand does an inspection on all of our properties annually. One of the things we're always looking for is to see whether or not there are animals at the property that shouldn't be there," Ms Fink said.

"If that's the case, we take appropriate action."

Staff would be talking to neighbours, many of whom were also Housing New Zealand tenants, to understand why the dog was not reported, she said.

"We've talked to at least one of the neighbours this morning, and we will be talking to others.

"We will be talking to the tenant in due course. However, our main concern at the moment is to give the family a chance to be with that little boy while he's in the condition that he's in."

Ms Fink said Shepard's father was reminded of the no-dog policy in February.

Housing Minister Nick Smith told Morning Report the policy of not having dogs in Housing New Zealand properties was being enforced.

He wanted to know if Housing New Zealand tenants reported the dog.

"You know, when you're dealing with 69,000 houses, people's circumstances changing all the time, there is a responsibility on the tenants themselves," Dr Smith said.

"But I'm happy to have a review of the case and to see whether 'are there any lessons that Housing New Zealand can learn to make our homes safer from these sorts of dog attacks'."

Neighbour Hori Heeney said the attack came as no surprise and it was the second time the dog had attacked Shepard; he had scratched the boy's face earlier in the week.

The dog was often aggressive, roaming the street and barking a lot.

Mr Heeney said he knew immediately something had happened with the dog when he arrived home to find the police in Shepard's backyard.