The Christchurch City Council is considering selling $400 million of assets to address a nearly $1 billion shortfall in financing the city's rebuild.

The Cameron Partners report was released on Friday on the value of the council's assets and its options to reduce its $2 billion debt. It revealed the council needs to find an extra $783 million to $883 million by 2019. 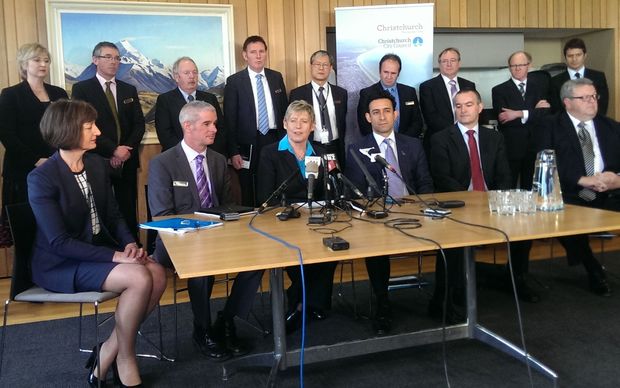 A funding statement given to media says if the shortfall were to be addressed by rates alone, a 20 percent increase would be necessary.

Mayor Lianne Dalziel said on Friday the council would be unable to borrow more money by 2017, and while the earthquake-hit South Island city had relatively low rates, she wished to avoid a rates increase.

"After everything we've been through in Christchurch, I honestly don't believe that we can stand up as a council and say to the people of Christchurch that we want to increase (their) rates in the double digits. I don't want to have to do that."

Council finance committee chairperson Raf Manji said he supports the idea of selling about 25 percent of the council's asset base, which would generate about $400 million. He said the shares could be sold to strategic partners, such as the Government or local iwi.

"I'm open to any option, really, and I think we'll go out to the public with a whole range and see what the feedback is."

"This is a city with a very strong balance sheet and a number of options about what it can do. It rules out - and I think it's right - the capacity to borrow, because we know that councils throughout New Zealand have fallen foul of their obligations to their rate base by over-borrowing."

One asset that could be sold is Christchurch International Airport, in which the council owns a 75 percent share.

Peter Townsend, the Canterbury Employers' Chamber of Commerce chief executive, said he's just returned from Melbourne, where the airport is privately owned and operated. Mr Townsend said there is no compelling reason for the council to own the airport if the right regulations are in place.

But community leader Andrea Cummings urged the council to consider other options than selling down strategic assets. The chairperson of the Burwood-Pegasus Community Board said she hopes the council would keep the airport and Lyttelton Port Company.

Ms Cummings said for many years Christchurch has made good money off these assets, which has kept rates down. She urged the council to look at alternative solutions, including renegotiating its cost-sharing agreement with the Government.

Public consultation will begin on 4 September.