New Zealand is to give an extra $4.6 million to monitor illegal and unreported fishing in the Pacific.

Mr McCully said the funds would help Pacific nations reap a larger share of the more than $US3 billion of tuna harvested from local waters last year. Island nations got only 14 percent, or $US460 million.

New Zealand is already spending $66 million over the next five years on fisheries management in the Pacific.

Mr McCully said the extra money would be used to set up electronic reporting and monitoring of fish catches and stocks in each island country. 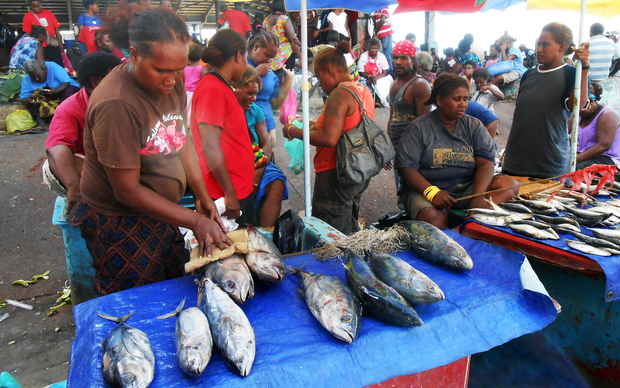 The huge disparity between what Pacific islands get from their fisheries and what goes to foreign fleets has been discussed at the summit.

Only a small proportion of the billions of tonnes of fish taken from Pacific nations' waters is fished by their own fleets. Most tuna is netted by distant fishing nations such as Indonesia, Korea, Japan, Taiwan and the United States.

Under what's called the Vessel Day Scheme they pay a licensing fee to fish certain waters for a certain number of days each year.

Murray McCully said better returns for Pacific nations from their most valuable economic asset is a high priority for New Zealand. He said a report to the forum meeting showed some gains are being made but there had not been enough progress on the returns made by nations in the region.

New Zealand provides support for the Vessel Day Scheme with monitoring and surveillence. Mr McCully said illegal fishing is less of a problem than under-reporting of catch by boats in the zone legally, and that was being dealt with by putting monitors on boats.

Niue premier Toke Talagi said the forum's licensing regime is not working and has to change.

"If the industry is getting anything up to five billion dollars a year from the fisheries and illegal takes about another five billion dollars, then we believe that we should get a share of that rather than what we have at the present moment - probably five percent if we're lucky."

The Cook Islands has proposed its own licensing regime as one option. Finance Minister Mark Brown said it is designed to create an exclusivity about fishing in the islands' waters.

"We've limited the number of licences that we issue at any one time and now we're looking to put conditions on those licences in terms of a quota on certain fish species that are caught within our waters."

Navigation charts to be upgraded

New Zealand is to spend $5 million to upgrade navigation charts for the Pacific.

From July 2016, all vessels operating in the region will need to use electronic navigation charts. Mr McCully says the existing charts don't meet those international safety standards.

Mr McCully said the hydrographic survey and mapping by New Zealand Land Information will start with Tonga, the Cook Islands, Niue, Samoa and Tokelau. The ultimate aim is to extend it to the rest of the Pacific.