The long-awaited police review into the Crewe murders 44 years ago has failed to answer who killed the couple and why a police officer was not prosecuted for corruption.

Jeanette and Harvey Crewe were just 30 and had a young child when they were shot dead at their property at Pukekawa in Waikato in 1970. Their bodies were dumped in the Waikato River.

Arthur Allan Thomas was twice convicted of their murders, but later freed after a scathing Royal Commission in 1980 into the police investigation. Mr Thomas was pardoned and was paid compensation. 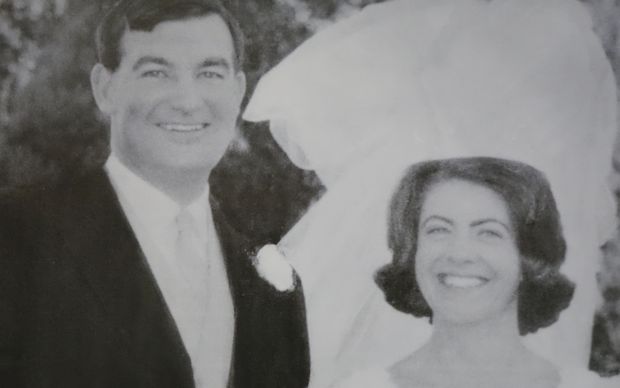 Harvey and Jeannette Crewe on their wedding day. Photo: SUPPLIED

The Crewe case been subject to intense scrutiny - two Supreme Court trials, two appeals against conviction, two petitions for new trials, a petition to the Privy Council, a pardon, a Royal Commision of inquiry and a judicial review of that inquiry.

Police on Wednesday released the findings of their four-year review of the killings which say there is a clear link to physical evidence from the Thomas farm to the murders.

That includes a rifle, similarity between the wire found on Mr Crewe's body and wire at the Thomas farm, and the axle believed to have weighed Mr Crewe's body down in the river having links to a trailer previously owned by Mr Thomas' father.

The review says there is evidence suggesting Mr Thomas as a person who may have committed the murders, alone or with others - but also that he may be innocent and a victim of injustice.

Police say no new information has come to light that would prompt police to initiate further inquiries or realistically identify the offender. 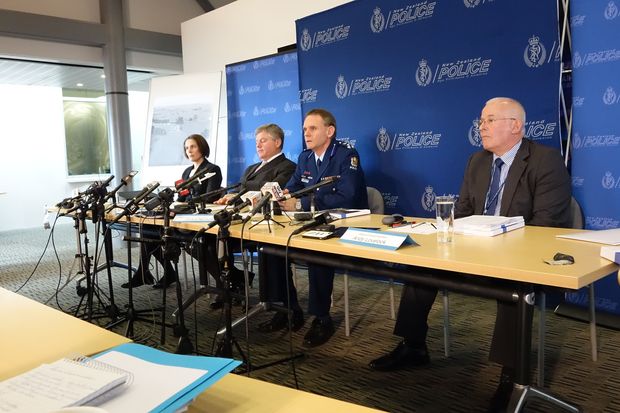 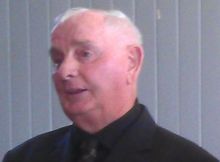 Police have apologised to the Crewe's daughter Rochelle, who was 18 months old at the time of the murders, for a number of shortfalls in the original investigation which led to missed opportunities and allowed for continuing public speculation.

Deputy Commisioner Grant Nicholls told a media conference he has said sorry to her. "We've done everything possible to answer her questions, but I'm very mindful that we haven't been able to answer the one question that she wanted.

"I have apologised to her for shortfalls in the original investigation, because that left her with enduring uncertainty over the death of her parents, and for the anguish that the continued speculation and controversy and commentary has caused her and her family over the years."

Rochelle Crewe's lawyer Natalie Walker said her client was disappointed in the shortfalls in the police investigation and that she would probably never know who killed her parents.

"Although Rochelle is saddened not to know who was responsible for the murders of her parents, she's pleased that both this review and the report of David Jones, QC, definitively state that her aunt and her grandparents Leonard and Norma Demler were not involved in any way."

Police would not agree to any media interviews, but provided this video clip:

Brother's plea to look at evidence

Arthur Allan Thomas' brother says there is evidence the police should look into further in the Crewe murders. Des Thomas told Radio New Zealand's Checkpoint programme on Wednesday not all the evidence has been destroyed.

"That's a myth - and I've had a talk to this review team about it. Some of the evidence is still available and it would be ideal for probably DNA analysis.

"There's 25 unidentified fingerprints and palm prints from the homicide file after Arthur was arrested. Now we know DNA has jumped in leaps and bounds in the last 20 years, so let's get this stuff out and let's find out who committed this murder - a brutal double homicide."

The latest review says there was a distinct possibility that a shell case could have been fabricated evidence and, if that was the case, a member of the police would have been responsible.

The review said Mr Hutton's focus on Jeanette Crewe's father, Leonard Demler, as the main suspect initially negatively impacted the breadth of the investigation and led to a loss of objectivity. It also found that the handling of evidence and documenting was deficient.

Lawyer Peter Williams, QC, who represented Arthur Allan Thomas at the Royal Commission, says the case still reeks of police corruption and is disappointed by the review's findings.

Mr Williams on Wednesday the Royal Commission only makes a half-hearted admission that Bruce Hutton planted the shell case, when in fact the evidence is conclusive. "This was the crucial piece of evidence. The whole case just reeks and reeks and reeks of police corruption."

A lawyer who oversaw the police review says the detective who headed the investigation could have been prosecuted for attempting to pervert the course of justice.

David Jones, QC, said on Wednesday he believes that the shell casing evidence was fabricated, and that it would have been a police officer responsible. Mr Jones said there would have been sufficient evidence to start a prosecution against Bruce Hutton to establish a case to answer and secure a conviction.

Mr Jones has questioned whether Mr Hutton would have received a fair trial in the 1980s. He believed Crewe murders would remain unsolved and there is no ability to advance the matter.

Meanwhile, Police Commissioner Mike Bush says the review findings add to his regrets about having spoken at the funeral of Mr Hutton in 2013 praising him as an officer whose integrity was beyond reproach.

Mr Bush said while the review hasn't been able to answer all the outstanding questions, he is confident it provides a comprehensive appreciation of what actions have been taken over the past 40 years. 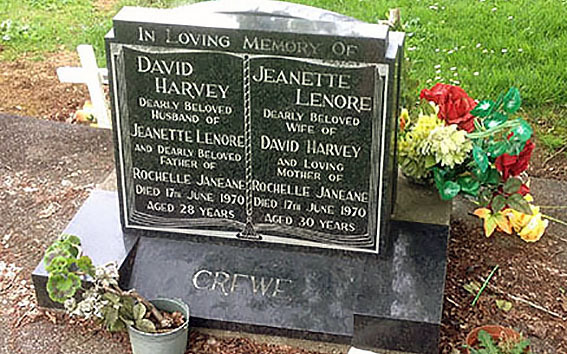 - Harvey and Jeannette Crewe were seen about 4pm returning to their Pukekawa home in Northern Waikato, after having spent the day at a a stock sale in Bombay. It was the last sighting of them alive.

- Neighbour Owen Priest called Police about 2.20pm saying the Crewe's house was covered in blood. Jeannette's father, Len Demler, was with him at the time.

-Jeannette and Harvey Crewe were not in the home, but their 18-month-old daughter Rochelle was there.

-At 4.40pm Detective Inspector Bruce Hutton arrived at the scene with detectives. He spent the next seven weeks conducting a forensic examination of the home.

-Bloodstains and brain tissue made it clear the pair were dead, with the killings believed to have occurred on June 17. However, their bodies could not be found.

-Jeanette Crewe's body was found in the Waikato River. Bullet fragments from her head were examined.

-Arthur Allan Thomas' 22 calibre rifle was inspected because he had known Jeannette for a few years.

-A forensic scientist told Detective Inspector Hutton that neither Mr Thomas rifle, nor another owned by the Eyre family, could be excluded.

-Harvey Crewe's body was found tied to a car axle. That car had up until recently been owned by Mr Thomas' father.

-Two Christchurch officers reviewed the police file and indicated that believing that Mr Demler, Jeannette's father, was the main suspect, was misguided.

-That night Police staged a reconstruction of the murders.

-Thomas family were re-interviewed by Police.

-Detective Parkes and another officer were sent back to the Crewe farm to search an area of garden beside the fence outside the back door of the house. This was where police believed a shell-case may have been, based on their reconstruction of the murders two weeks earlier.

-The garden had been searched on 2 previous occasions, but on this date the 2 detectives located the case two hours into their search.

-Arthur Allan Thomas was arrested and charged with the murders. He appeared in court and was remanded in custody.

-Mr Thomas found guilty of the murders of Harvey and Jeannette Crewe.

-Court of Appeal dismissed an appeal. The dismissal was appealed against.

-Mr Thomas was convicted of the murders for a second time.

-Court of Appeal rejected an appeal.

-Since the second conviction, a forensic scientist and journalist have been looking into whether the shell-case could have been connected with the bullets found in the Crewe's bodies.

-After lobbying the Governor General, it was referred back to the Court of Appeal, which said the argument was not convincing.

-British Author David Yallop started investigating. He said Mr Thomas was innocent. The Prime Minister of the day ordered a report, which was given to him on 1979. The pardon came as a result of this.

-Arthur Allan Thomas was released from prison after an official pardon.

-A Royal Commission was ordered.

- The Commission began its work, which ended on October 30.

-The Royal Commission of Inquiry found Mr Thomas was wrongfully charged and convicted, and that the shell-case had been planted by Mr Hutton and Mr Len Johnston. He was paid $1m in compensation in December 1980

- Rochelle Crewe asked Police to re-open their homicide investigation. The police refused but said they would conduct a thorough analysis of the file to try to answer her questions.

- Arthur Allan Thomas and family interviewed by Police as part of their investigation.