New Zealand's highest court has been told uninsured residents in earthquake-hit Christchurch were left in limbo while waiting to hear what kind of offer they might receive for their damaged land.

A group called the Quake Outcasts has taken a case to the Supreme Court about the legality of the red zone in 2011 and offers by the Crown for their land following the damaging quakes.

In Wellington on Tuesday, their lawyer Francis Cooke told the court that the red-zoning of land, meaning it was uninhabitable, in 2011 was implemented without engagement or consultation from the community.

Mr Cooke said the group, made up of 19 vacant land owners, 24 home owners and two commercial land owners had been taken through the court process in depressing circumstances.

Last year, the Court of Appeal upheld a ruling that offers of 50 percent of the 2007 land value were illegal, but did rule that the establishment of the red zone was legal.

However, Mr Cooke said that the offers came long after other people's and weren't enough.

"They were left in limbo - literally in no man's land - while the suburbs were vacated around them. They waited nearly a year and a half until they received their offers.

"The offers didn't allow them to recover from the earthquakes and move on, and created an environment of oppression from the earthquakes. Many of them are poor or elderly in deeply depressing circumstances as is revealed by the questionnaires that they have completed."

"The information before ministers when they made their decision suggested that most recipients of the 50 percent offer would be better off than they would have been if the Crown had done nothing at all."

The Quake Outcasts want to be paid 100 percent of land values. The hearing is set down for two days. 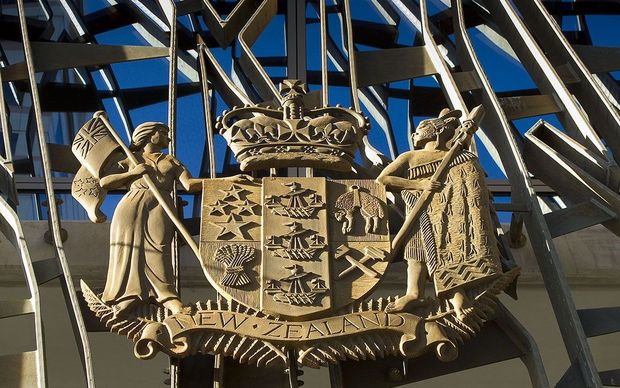 The NZ Coat of Arms on the Supreme Court building in Wellington. Photo: PHOTO NZ