An Australia-based family with a New Zealand connection has released the following commemoration of the lives of Mary and Gerry Menke, who died on Malaysia Airlines flight MH 17.

Mary Menke, nee Bignell, originally from Christchurch, was returning to her Australian home with her husband when their plane was shot down in eastern Ukraine on 17 July, killing all 298 people on board.

The Menke family released the following statement through the Ministry of Foreign Affairs and Trade:

Though Mary and Gerry Menke's lives may have been tragically cut short in the MH17 disaster, they will be remembered by everyone who knew them for the vivacity and spirit with which they lived.

Mary and Gerry were many things to many people: award winning business owners, adventurous world travellers, and active members of the Mallacoota community.

They were inseparable partners in everything they did, loyal friends, deeply loving siblings and children, devoted parents to four children and doting grandparents to five grandsons. Their loss is felt as extensively as it is deeply.

Gerry Menke was born in Hilversum, Netherlands, in 1944. One of six siblings who immigrated to Australia in 1953, Gerry, then 13, took to Australia like a duck to water, becoming an avid spear fisherman and waterman.

His adventures took him from their family home in Sydney down the coast where he eventually settled in Mallacoota, Victoria.

His interest in the ocean led to a successful and lifelong career in the burgeoning abalone industry in which he was a diver for 35 years before focusing his efforts on their flourishing pearl business.

He met Mary Bignell, from Christchurch, at the local pub where she was working during an extended holiday around Australia. She cancelled her travel plans and they rarely spent a day apart from that moment further. 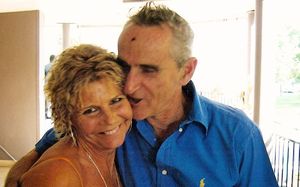 After a whirlwind romance, the two were married in Mary's home country where their adventure together began in earnest. The couple travelled extensively around the world - exploring the African wilderness, diving with whale sharks off Ningaloo, and traversing the jungles of Borneo, to name only a few.

However, their heart was in their home in Mallacoota. They were active in the community in many organized groups and clubs including the soccer club, sports club, golf club, kinder, school, SES, Abalone Fisherman's Co-op, and the pony club. Mary was active in the local music scene including teaching piano and playing for the kinder kids.

In recent years, the pair's interest in the abalone industry had progressed into a wild abalone pearl cultivating business unique in Australia. The fledgling family business, MAPA Pearls, had recently received a local business award and been the focus of an upcoming episode of 'Coast'.

Mary was a woman as colourful in spirit as she was in appearance. Her easy smile and laugh were as bright as the shock of blonde curls piled on her head. Always the centre of attention and the life of the party, you could hear her coming long before you could see her.

Her Ger on the other hand could often be seen sitting quietly to the side with a contented grin on his face and laughter in his eyes. Though he spoke significantly less than his adored wife, everyone would stop what they were doing to listen.

With all the facets of their exemplary lives and personalities, nothing was more important to them than family. Mary and Gerry were central figures in the large and closely-knit extended family. They were especially loving and involved grandparents, doing activities with their five grandsons on a nearly daily basis.

In the weeks preceding their tragic accident, Mary and Gerry had been surrounded by friends and a large number of family to celebrate Gerry's 70th birthday in France. Those in attendance - spanning three generations, with the majority having travelled from Australia - had never seen them happier.

They were returning to Mallacoota when tragedy struck.

Mary and Gerry are survived by Sara, Brett, Anna, Paul and their extended families. The family sends their deepest condolences to those affected by the tragedy. 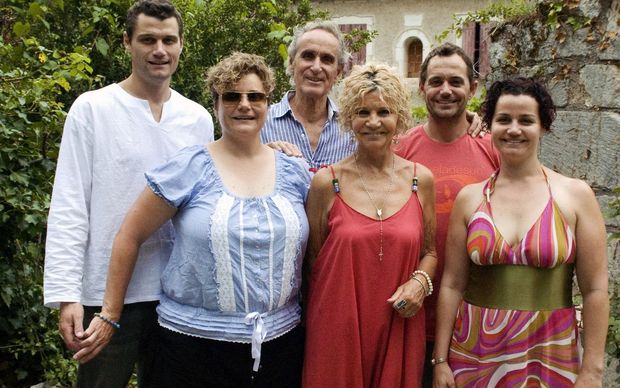