The Department of Conservation says an aerial 1080 drop is needed in the Waikaia Forest in Southland in order to save a threatened bird species, the mohua or yellowheads. 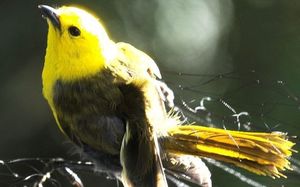 The Southland Regional Council has granted consent for a 1080 drop in the forest in August or September.

DoC said silver beech trees are masting heavily this season, which is known to swell the pest population which could wipe out the mohua from the area forever.

It said the aerial 1080 drop would cover just under 7000 hectares of the Waikaia Forest in northern Southland.