Dunedin's council is to consult the public about a trial closing of the city's centre - the Octagon - to cars.

Three months ago, the council approved in principle a study of making the central space pedestrian-only, or a shared space with walkers and vehicles, but the idea has become contentious.

The plan was put forward by two Otago University students as a road safety and city revitalisation project.

On Thursday, a majority of city councillors agreed to what they call a "cautious approach", agreeing to consult the public later this year on what options to trial in February 2015.

Mayor Dave Cull said the plan is not about solving a problem as much about taking an opportunity to enhance the city centre.

Councillor John Bezett said the plan carries big risks. "Some businesses may not even survive a trial - so I think we've got to be very careful if we're going to have any trial whatsoever, it must be flagged and it must be in a way that there is proper consultation before we have it."

Mr Bezett said past attempts to make the Octagon pedestrian only have failed because of business opposition and the same could happen again.

Opponents say the plan is a waste of money and risks killing what little retail is left in the Octagon area. 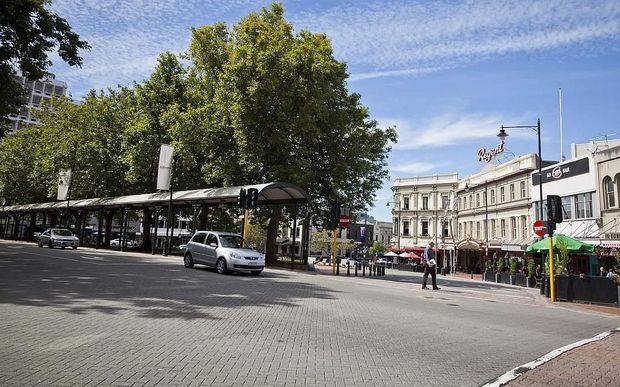