The lawyer for a Wellington woman who has been awarded more than $1 million in a divorce settlement says it's a landmark ruling.

At the High Court in Wellington, the woman's ex-husband lost his appeal against a Family Court decision that gave her 70 percent of their $1.7 million property pool, as opposed to the usual 50-50 split of assets. 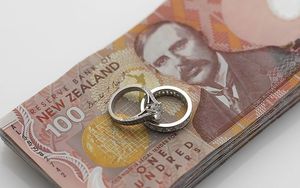 The medical specialist's lawyer Mark Vickerman, QC, said the 70-30 split was unusual and should have been down the middle.

But Justice Goddard disagreed, saying the woman helped the man further his career and in doing so sacrificed her own earning potential.

The couple, who have two children, seperated in 2008 after more than 20 years of marriage.

The man's appeal to be compensated for mortgage payments was also dismissed.

Justice Goddard said if his ex-wife had known he wanted her to help pay those costs, she would have pushed him to sell the house sooner.

"If you look instead at the enhancement of the surgeon's income over the course of the relationship and he starts at $100,000 and ends up at a million, then you have a totally different ball game."

Wellington lawyer Caroline Hannon said the ruling clears up a section of divorce law where one spouse enhances the career of the other, such as when one stays home to let the other work. She said more family lawyers may now suggest this to their clients.