The recent severe storm in Northland has revealed most of the region's roads are unfit for purpose, a transport spokesman for the region says.

Lengthy or makeshift detours are in place around the north after slips and washouts damaged parts of State Highway 1. 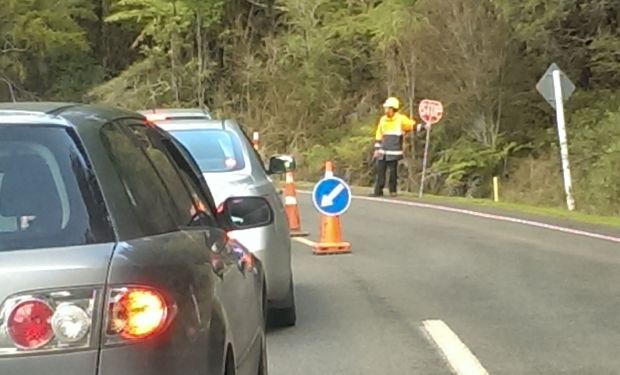 A stretch of the highway on the southern side of the Brynderwyn Hills was closed just after 1pm on Sunday when part of its northbound lane collapsed after heavy rain and it was not clear when it would re-open.

Northland Regional Transport Committee chairman John Bain said it was unacceptable that arterial routes out of the north are not built to withstand a week of heavy rain.

He said he'd had to drive an extra 200km to get to Auckland on Monday morning after the weekend slip.

"The Brynderwyns is an integral part of State Highway 1 and that should be another thing that should be high on the list of the powers that be to get that up to a quality where if there's a small slip that can be cleared and got rid of immediately not taking a week to clear it up."

He said Mangakahia Road through the centre of Northland should be upgraded urgently to state highway status.

Transport Agency spokesperson Jacqui Hori-Hoult said the slip on SH1 at the Brynderwyn Hills was affecting a 10-metre section of the northbound lane and cracks had occurred on the southbound lane.

After the site was checked there would be a clearer idea of when the road would re-open, she said.

A detour is available via State Highway 12 through Paparoa and Oakleigh, which is open for all vehicles.

"There are five one-lane bridges through there so people just need to take their time when they're driving that particular route," Ms Hori-Hoult said.

Southbound motorists are advised to head through Waipu.