The Waitangi Tribunal has found the Crown has failed to fully consult Motiti Island Maori over the application to leave the Rena on the Astrolabe reef.

An interim Tribunal report into the Crown's dealings with tangata whenua has been issued after an urgent hearing was held in Tauranga almost three weeks ago.

The resource consent application, which was lodged on behalf of Rena owners, seeks to leave some or all of the wreck on the reef.

The report focuses on the Crown's consultation with Maori after the Crown signed deeds with Rena's owners.

One of the deeds involves the owner of Rena, Daina Shipping Company paying $27.6 million to settle the claims of the Crown and public bodies. 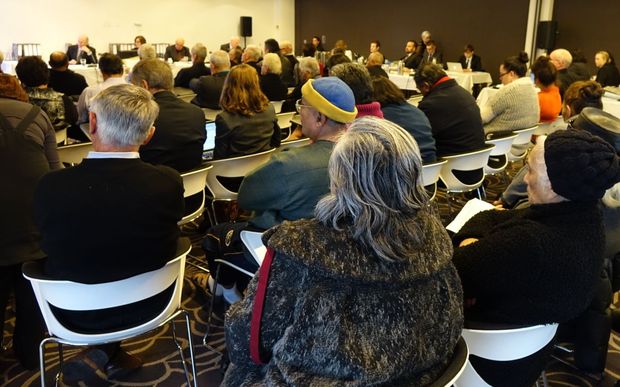 A clause in that deed also allows for a further $10.4 million to be paid to the Crown if the company is granted a resource consent. Under this deed the Crown also agreed to consider making an application in support of the consent application.

In the report Judge Sarah Reeves said the Motiti Island community will bear the brunt of, "what seems likely to be significant adverse cultural and environmental effects if the wreck is allowed to remain on the reef."

She said in that light the Tribunal considered the Crown's consultation with the community was neither robust nor meaningful.

"The consultation process has neither adequately informed the Crown of Maori views, nor adequately equipped Maori to participate usefully or with informed insight in the resource consent process."

The Tribunal determines the Crown broke the good faith and partnership principles of the Treaty of Waitangi.

Judge Reeves also said the Crown faces a significant, if not insurmountable challenge, to fix the situation given its actions to date.

A spokesperson for one of the Claimant groups Ngai Te Hapu, Buddy Mikaere said their stance has been vindicated by the report and he said the "scathing comments" that the Tribunal had made were "unprecedented in recent times."

He said the Tribunal's findings about consultation with Maori were concise and accurate.

The report recommends, among other things, that the Crown give Motiti tangata whenua resources to make a submission on the resource consent application.

Cabinet meets on 28 July to decide the Government's response to the resource consent application. And submissions close on 8 August.

The Waitangi Tribunal full report on the Crown's conduct when it responded to Rena hitting the reef follows later.