Free parking is being trialled in Nelson in a bid to ease concerns over the future of city centre shopping.

Some shop owners have raised concerns with the city council after the closure of a number of high profile businesses in recent weeks.

They say they are facing stiff competition from the neighbouring shopping town of Richmond, which offers free parking. 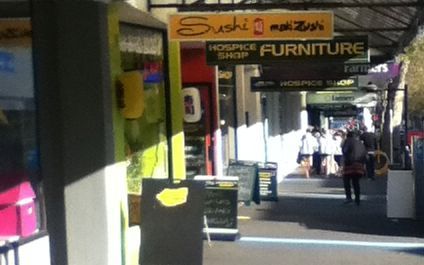 Nelson Mayor Rachel Reese acknowledged it was time for a shakeup and said people don't want the pressure of having to rush back to their cars because their ticket is about to expire. "I'm a great believer in you pay for as long as you stay," she said.

The city council has introduced free parking over the winter period, and Ms Reese said they would closely monitor the results before deciding whether to extend it. She said she wanted to ensure that retailers were really seeing gains in their revenue.

Judy Scurr from clothing and gift store Whirled said the free parking had made a huge difference.

But Nelson local Kevin Paul said he believed the real threat to Nelson's retail sector was the internet where he said it was always possible to get a better deal.

Julie Forbes owns of lingerie store Little Boutique, which has just been forced to relocate to a shared site off Trafalgar Street to save money on the lease.

Vanessa Griffith from fashion store Profile said people needed to get shopping before it was too late. She said local shops would not survive if people didn't support them.

But commercial real estate broker Geoff Faulkner said it was not all doom and gloom with new stores moving in, and two new high-end restaurants on their way.

He said many properties had been leased in the city and surrounding commercial districts and there had been some high-profile sales.

Free wifi is also being rolled out throughout the city centre and more inner-city apartments are on the council agenda.