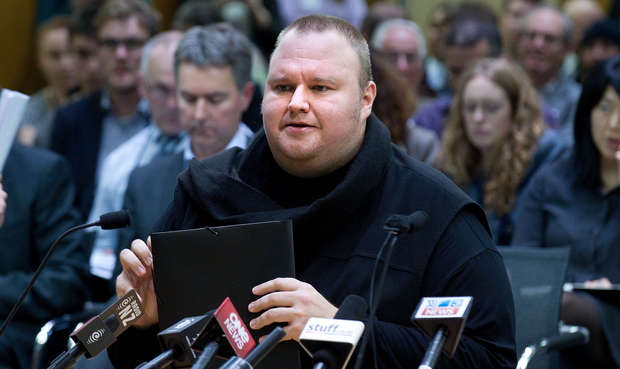 Released documents show the Security Intelligence Service had the German national's residency bid on hold because of America's ongoing investigations into him, but lifted that in response to apparent political pressure to let him stay. US authorities are trying to extradite Mr Dotcom on copyright and money-laundering charges.

Mr Dotcom told TVNZ on Tuesday political interference and pressure was applied to give him permanent residency so that he could more easily be extradited to the United States.

"I think my own mother could not have given me residency based on the rules that Immigration New Zealand has because the moment they were aware of a pending criminal investigation into me by the FBI their rules say that they have to put my residency application on hold."

Immigration New Zealand says there was no Government involvement in granting Mr Dotcom residency. It says the Government's interest in the business migration scheme may have been misconstrued that way.

Chief executive Nigel Bickle said an immigration officer made a lawful decision based on due process and the immigration instructions set down by the Government. He said no-one from the United States contacted Immigration New Zealand about Mr Dotcom's application.

Mr Bickle told Radio New Zealand's Morning Report programme he met the Immigration Minister of the time, Jonathan Coleman, in October 2010 to inform him on a "no surprises" basis that Immigration New Zealand was granting residency to Mr Dotcom.

"From my recollection of the meeting with Mr Coleman, he wasn't aware of Mr Dotcom."

The chief executive told Mr Coleman of Kim Dotcom's previous convictions and that he was a person of interest to the FBI.

Mr Bickle said while the Government of the day was interested in how its flagship immigration investor policy was going there was no political pressure. "What I'm absolutely confident in is that we have an immigration officer that's made a lawful decision and it certainly did not involve ministers applying any pressure in relation to the individual application of Mr Dotcom."

Mr Bickle said residency was granted after weighing Mr Dotcom's two previous convictions that were nine and 11 years old, and the FBI's interest in him against the benefits of his $10 million investment in government bonds.