New Zealand Prime Minister John Key is being called on to explain exactly what political pressure was applied in the decision to grant internet businessman Kim Dotcom residency in 2010.

Documents released to the New Zealand Herald show the SIS tried put the German national's application on hold, but quickly dropped the action after being told there was political pressure to allow him in. 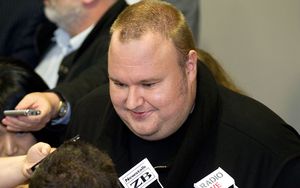 The papers outline communication involving Immigration New Zealand and the SIS, and interest from the FBI. American authorities are trying to extradite Mr Dotcom on copyright and money-laundering charges.

In October 2010, an SIS agent wrote that Immigration New Zealand chief executive Nigel Bickle was questioning why Mr Dotcom's case was on hold.

In an email, the agent said there had apparently been some political pressure to process the case. Just 90 minutes later another agent replied, saying there was no reason for the application to be on hold.

The SIS noted that Mr Dotcom was soon to be the subject of a criminal investigation by police and the FBI, but was not viewed as a security concern. A week later, Mr Dotcom was granted residency to New Zealand.

The Labour Party says Prime Minister John Key must explain what political interference there was with Mr Dotcom's case and why.

Immigration New Zealand insisted on Tuesday that there was no Government involvement in granting Mr Dotcom residency, despite emails referring to political pressure. It says the Government's interest in the business migration scheme may have been misconstrued that way.

But Labour MP Grant Robertson says Immigration New Zealand is simply trying to cover for the Government, and the Government's fingerprints are all over the affair.

"We've had a series of half truths and evasions from John Key about Kim Dotcom for years now. I think New Zealanders deserve an explanation. The Government needs to front up and say what kind of political pressure was being applied and why."

Immigration New Zealand chief executive Nigel Bickle told Radio New Zealand's Checkpoint programme there was absolutely no such pressure and can't explain why an email from an SIS agent refers to it.

Mr Bickle said an immigration officer made the decision independently. He said residency was granted after weighing Mr Dotcom's two previous convictions that were nine and 11 years old, and the FBI's interest in him against the benefits of his $10 million investment in government bonds.

The Immigration New Zealand documents said it was important to note that the decision to grant Mr Dotcom residency was made solely by it, and the minister was informed of the decision only after it had been made.

John Key and the Immigration Minister at the time, Jonathan Coleman, are on holiday and unavailable to be interviewed.

Internet Party leader Laila Harre said she would not have granted residency to the founder of the party she heads and is demanding the process on Kim Dotcom's immigration status be opened up to full scrutiny. 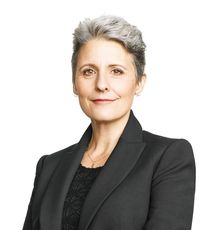 Ms Harre said the documents show New Zealand laws took second place to the wishes of a foreign government. She told Radio New Zealand's Morning Report programme on Tuesday the then Immigration Minister should have stayed out of the decision-making process.

"We need to find out exactly why that permanent residency was granted. What these documents raise is the spectre that our immigration laws and our normal immigration procedures took second place to the desires of the FBI and a foreign government to achieve their objectives. That is not the purpose of our immigration laws."

Ms Harre said her position was not inconsistent with Mr Dotcom founding and funding the party she leads, as one its key objectives was to ensure the proper conduct of the New Zealand Government and its independence from overseas interference.

New Zealand First leader Winston Peters said there needs to be a full independent inquiry into granting Mr Dotcom residency and believes there was political interference, ultimately driven by the United States.

"Why would you have objection, objection, objection and in the eleventh hour withdrawal of objection. It wasn't his qualification as an investor, it was the fact that he could more easily be extradited from this country via the New Zealand jurisdiction."