Anti-fluoride campaigners will never give up - and the fight is wasting public time and money, departing Waikato District Health Board (DHB) chief executive Craig Climo says. 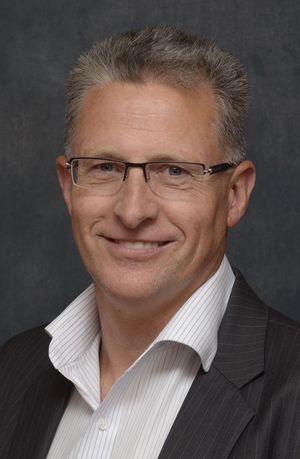 Mr Climo stands down on 18 July after almost seven years at the helm of the country's fifth-largest DHB by revenue.

All up, he's the longest serving DHB chief executive in the country; he had a decade at the South Canterbury DHB before heading north.

Mr Climo told Radio New Zealand of his frustrations about the long-running row over fluoride in Hamilton.

Fluoride was returned to the city's water a week ago following a referendum and a refusal by the High Court on 26 June to prevent the Hamilton City Council from returning it to the water supply before a judicial review can be heard in September.

Mr Climo said he would prefer to see a nationwide policy on the topic, determined on health grounds and possible administered by the Ministry of Health.

It was not his job, as a DHB chief executive, to comment on government policy matters "but having said that, it is frustrating, I think certainly for DHBs and also I think for the local authorities, that the matter's left to them."

He estimates the cost of the debate to the DHB would be more than $50,000 but said if fluoride was not in the water the costs, the cost in oral health terms could rise by $500,000 a year or more.

"We're only a country of four-and-a-half million people. It makes no sense to me to have small communities making all these decisions in isolation. There's a cost to it. They're complex issues to consider as well," Mr Climo said.

"What frustrates me is that this is sort of .. pseudo science winning over science. What is it about society that we don't have trust in our august institutions -- our scientists, the World Health Organisation, the Ministry of Health supports it -- but a couple of individuals with some letters after their name from foreign countries rock up and tell us that fluoride's not safe, and they're quoting fluoride in sort of industrial levels, not at the levels that go into water supplies.

"There are stronger concentrations in water supplies in some European countries, as I understand it, than we put in the water in New Zealand."

Mr Climo said he expected challenges to continue from anti-fluoride campaigners in Waikato regardless of the outcome of the High Court hearing in September. He also believed no politician would want to take on an issue that was something of a "poisoned chalice".

Mr Climo was proud of the fact the Waikato DHB, with turnover of $1.2 billion a year, had achieved budgeted surpluses each year, including a $3.8 million surplus for the year ended 30 June.

A Ministry of Health review carried out for the incoming chief executive said the DHB was performing well, despite a large and complex $500 million reconstruction of the Waikato Hospital campus.

But now that was compete, attention must be paid to dealing with a number of operational issues which had emerged, it said.

Former Southern DHB chief executive Nigel Murray is returning to New Zealand from Canada to take over from Mr Climo on 21 July.