An Education Ministry document shows some popular schools are suspected of cheating in their ballots for enrolling out-of-zone students.

School principals say the ministry needs to start policing the system because wrongdoing is hard to prove and formal complaints are rare.

The ministry document says there are anecdotal reports of schools of cheating in their ballots for enrolling out-of-zone students, but it rarely receives formal complaints. 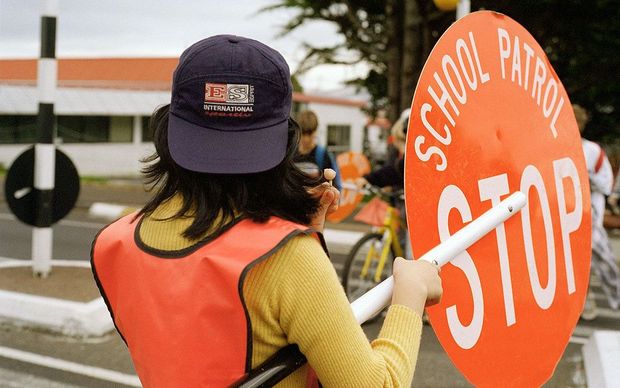 Principals spoken to by Radio New Zealand News say people don't complain because allegations of cheating are difficult to prove.

They say schools have removed "undesirable" students from ballots or enrolled out-of-zone students after ballots closed.

He said there was a lot of distrust between secondary schools, and the ministry should make sure ballots are fair.

"It should be a lot more proactive than simply waiting till there's been a complaint.

"If it's going to operate a ballot system then it probably needs to have somebody actually there when the ballot's done, or certainly some system for checking up that the ballot was held correctly."

Mr Vester said many schools would see little point in raising the issue with the ministry.

However, a paper given to a government taskforce on school regulations earlier this year showed the ministry was aware of problems.

"Anecdotally it's understood that some schools either do not hold ballots when they should, or do not hold them in accordance with the instructions and/or legislation. Schools are advised of the correct procedures, but if they do not follow them, there is no provision to force a ballot. There is also no provision for monitoring or auditing ballot processes."

Radio New Zealand has been told of a school secretly removing "unwanted" applicants from its ballot, and another accepting out-of-zone students long after its ballot was held.

Mr Vester said he had also heard of cheating.

"And parents that people would like to have (their) children in their school they're advised of that. And of course they'd be in the ballot that is held - from a much more selective group of applicants."

Mr Vester says there is a lot of distrust between secondary schools, and the ministry should make sure ballots are fair.

The president of the Secondary Principals Association, Tom Parsons, said while he too had heard reports, he doubted many schools were ignoring the ballot rules.

He said while it would not be widespread if judged on the number of complaints, intense competition for top schools meant abuse of the rules was almost certainly happening.

"A perceived good school has more students, gets more funding and has better status."

The aim would be to get high-performing students based on academic or athletic ability, he said.

"They get what they consider to be the best student that fits the context of their school. For instance they might be the best academic students.

But Mr Parsons said although it was not worth auditing schools, the ministry needed to intervene when it heard of problems.

Papatoetoe High School principal Peter Gall said schools were suspicious of one another, but it was difficult to get hard evidence of wrong-doing.

"There is quite a bit of suspicion and there are lots of stories around, however, they are just that - there's no evidence.

"And it would be very difficult, I imagine, to get hard evidence on the way things happen at the moment, on the processes that are applied."

Mr Gall said it was time to review enrolment rules.

"They were changed in 1999 for 2000 and we've moved on, it's 14 years now. It's time that things are looked at and reviewed, because the stories will continue, and the rumours will continue, unless some work is done."

A ministry spokeswoman said complaints about cheating were rare but that people who suspected a school of ballot irregularities should contact it so it could take action.

It would protect the identity of people who make complaints, the spokeswoman said.