Turning parts of Christchurch's red zone into a flat water sports lake, a community garden or a wave garden are some ideas suggested to revitalise the city's quake-ravaged east. 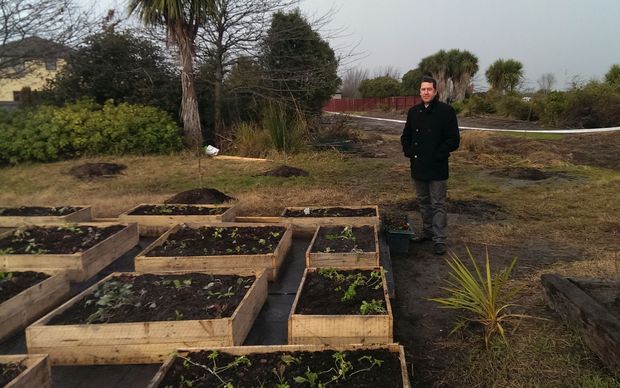 Community group Eastern Vision is gathering ideas on what to do to rejuvenate an area which has taken a battering in the past few years.

Eastern Vision spokesperson, Evan Smith said the abandoned red-zoned land is a scar running through eastern Christchurch, and now it needs to be healed by turning it into an asset for the city.

They have created a website, evoSPACE, which pulls together ideas for the area. One is for a flat water sports lake, stretching over 3km of red-zoned land.

Chief executive of Sports Canterbury, Julyan Falloon, said the lake would be great for rowing, kayaking and dragon boating, but could also accommodate other sports.

He said it could potentially be used for cycling, walking, and running around the lake, and if the water quality was acceptable, to allow swimming, triathlons. "If you add all those sports together, its a huge opportunity for such a facility."

The red zone land largely follows the Avon River as it winds from the city to the sea.

Kathryn Bates from the Avon-Otakaro Network said for too long the river has been polluted by runoff from stormwater pipes, but the red zone land could be used to change this. She'd like the stormwater to be filtered through the red zoned land before it gets to the river.

" I think the problem in the past has been they don't have the room to do it. But now we have this perfect opportunity with the red zone being where it is."

One project already underway in the red zone is Maihanga Kai exemplar.

Ngai Tahu's earthquake recovery programme manager, Te Marino Lenihan, said the project uses plantings and a community garden to show how the land and water can feed people's physical and spiritual needs. He said it's about looking at how to create an environment which looks after people.

"Lets start small, get an example going, learn from that, set an example and hopefully that rolls out up and down the river."

The Eastern Vision projects are not just for red-zoned land, but also to rejuvenate the wider eastern area.

Manager of the New Brighton Business and Landowners' Association, Paul Zaneen, wants to see a 350-metre wave garden built in land next to the red zone, as such a project would provide a perfect point break every 30 seconds.

"So its beach safety, education, learn to surf and also a tourism driver for the area," he said.

Over the next two months Eastern Vision will hold workshops to gather feedback and any further ideas, before collating that information and sending it on to the Government.

The Government has made no commitment to back any of the proposals, but has said it will consider the results.