Emma O'Reilly worked for four years as a "soigneur" to disgraced drug taking cyclist Lance Armstrong, but in 2000 quit her job unable to accept the drug culture any longer. She told Nine to Noon her story. 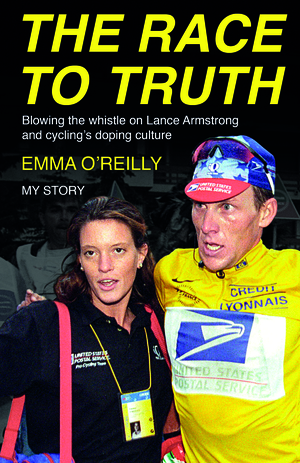 Emma O'Reilly's job was to massage, equip, feed and generally take care of the Tour de France champion so that he could focus on cycling.

What she found within the US Postal cycling team was a culture of drug use, where riders hooked up to intravenous drug bags, and where she ultimately found herself covering up Lance Armstrong's needle marks with makeup.

She also disposed of used needles and smuggled pills across borders for Armstrong.

Emma O'Reilly told Nine to Noon she was part of a normalised system of deceit.

"I didn't like the drug culture in cycling and I didn't really want to get involved. Drug taking was happening all over and it was referred to as 'recovery' - that was the code word for the drug use. I knew not to ask questions when pictures were removed from hotel room walls because the riders used the hooks to hang their intravenous drug bags."

In 2000, she quit her job, unable to accept the drug culture any longer, but Emma O'Reilly held her silence for four years, before telling her story to journalist David Walsh for his book 'LA Confidential'.

Lance Armstrong then launched a vicious attack on his former assistant - labelling Emma O'Reilly an alcoholic whore and naming her in a multi-million dollar lawsuit.

She described his reaction to Nine to Noon.

"Aggressive to say the least. An earthquake hit my world and remained in my world for three, four years intensely. I was getting served so many subpoenas to go to court that my boyfriend - who'd be at home while I was at work - the policewoman would just phone him and say 'I've got another one of those, put the kettle on'...they'd become almost friends. This went on for a few years. It was horrendous."

In his famous interview with Oprah Winfrey, in which he admitted to sustained drug use, Lance Armstrong apologised to Emma O'Reilly. The pair have since met in person, and Lance Armstrong has written the foreword in her book, just released. It's called The Race to Truth: Blowing the whistle on Lance Armstrong and cycling's doping culture.