The Nelson City Council is standing by its decision to decorate pavements with bright blue lines, saying it is generating much-needed interest in a quieter part of town.

But the move has baffled local business owners and shoppers.

The bands of coloured glass beads have been causing a stir since they appeared on Bridge Street last Saturday morning.

The council says the aim is to liven up the area and make it a more appealing place to spend time. 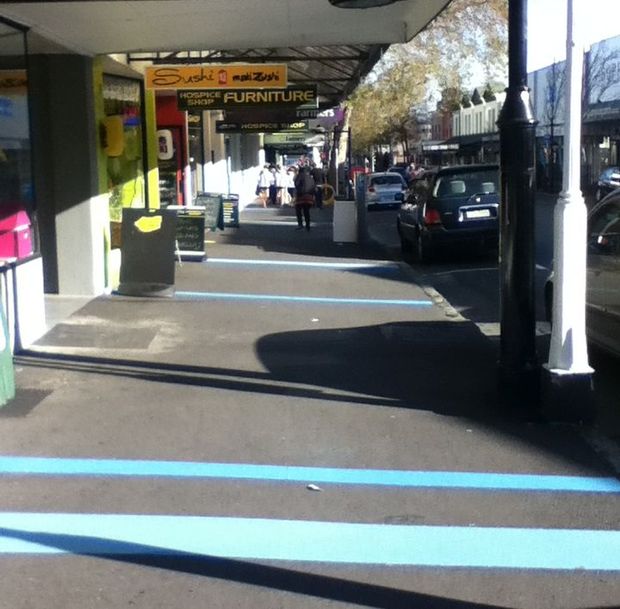 Bright blue bands of coloured glass beads have been laid out on the pavement on Bridge Street, in a move the council says is designed to make shoppers feel more at ease. Photo: RNZ / Annabella Garwood

It's part of a $200,000 scheme to improve the street, parts of which are considered to have a run-down appearance.

Council deputy chair of works and infrastructure Matt Lawrey said although the underfoot decoration may not be to everyone's taste, at least it was generating public interest in the city centre.

He encouraged people to come and take a look and said flower boxes, bike stands and improved lighting were also being added to the area.