An officer says the thought someone's grandmother was inside a burning house kept him going with the rescue of an elderly woman.

Senior Constable Adrian Oldham was patrolling in Mount Maunganui on Sunday night when he came across a house engulfed in flames in Maranui Street. 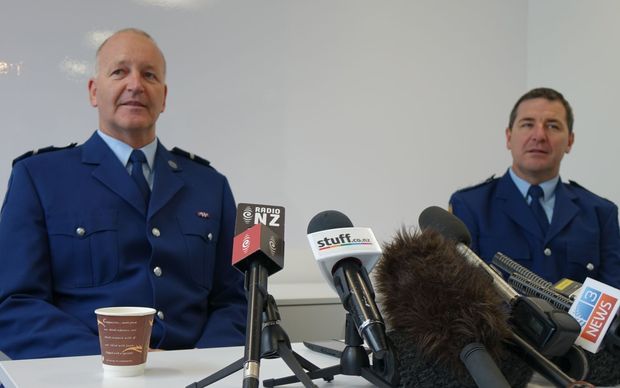 After several attempts to rescue the 77-year-old woman he could see collapsed inside, Mr Oldham smashed a side window and pulled her out with the help of Constable Shane McCarthy. By this stage, several windows of the property had burst and the heat from the fire could be felt from the road.

Mr Oldham said thick acid-like smoke was in his eyes and throat and several times he thought he couldn't go through with the rescue, but he kept going because of the thought it was someone's grandmother in the house.

"I was standing there thinking I can't do it, I can't do it. I've never been in a situation like that. The acid smoke, I was just coughing and thinking, 'How do these people do it?' But there was still nobody there and I thought 'I''ve gotta go back in'".

The woman came round once she was in the fresh air, but fire officers say she was only minutes from death.

Mr Oldham was treated for smoke inhalation and said he would do the same thing again in a heartbeat. After 35 years in the force, this is something he'll remember.

"I've been shot at, I've been kidnapped, a lot of those sort of things. But this in particular is really probably going to stick in my mind more than anything else. I have saved a life and that's probably pretty special."

Mr Oldham said he was just doing his job, but his wife and children think he is a hero.

The woman, who did not want to be named, has been discharged from hospital. In a statement on Tuesday she thanked Mr Oldham, saying it was her lucky day he was there to save her life.

The fire started when the control on her electric blanket burst into flames, she said.