Residents of the North Otago community of Ngapara are nervous after the slaughter of more than 200 sheep on two farms in the area in recent weeks.

Peter Stackhouse lost 195 sheep valued at $30,000 after they were shot and killed at his Ngapara farm over two nights, while 23 breeding rams and ewes were shot at John Dodd's farm 2km down the road a week later. 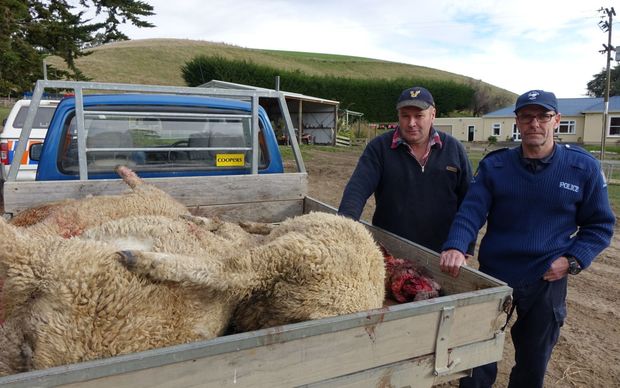 Federated Farmers North Otago spokesperson Greg Ruddenklau said residents were nervous and wanted to see the incident solved. However, there had not been any further shootings.

"Certainly haven't heard anymore over the weekend, which is good because people are pretty nervous. The concern is pretty general," Mr Ruddenklau said.

Detective Warren Duncan said police patrolled rural roads in the area during the weekend and would continue to do so.

A small investigation team, including staff from Dunedin, was working through information received from the public.

"We are grateful for all of the information we've received but continue to ask people to let the police in Oamaru know if they have any information," Mr Duncan said.

About $30,000 has been raised for the two families through an auction of donated sheep and cattle and an appeal by Rural Women New Zealand.

Mr Ruddenklau said there had been a tremendous amount of support from the community and nationwide, with stock for the auction coming from both locals and farmers in other districts.