Doctors have not been able to say if the death of a young Northland rugby player after an on-field knock is linked to an earlier concussion, and the family says it isn't blaming anyone.

Jordan Kemp collapsed early on in a game between the Otamatea Hawks and Old Boys Marist in Whangarei on Saturday and died in Auckland Hospital on Sunday afternoon. 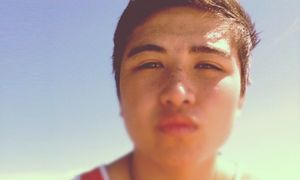 Jordan Kemp had played four or five games since being given the all-clear. Photo: FACEBOOK

The 17-year-old's teammates met on Monday night to decide the best way to acknowledge his death as his body was returned to Northland to Otamatea Marae in Maungaturoto.

Russell Kemp told Radio New Zealand's Checkpoint programme that doctors haven't been able to say if his grandson's death is linked to a concussion suffered earlier this season.

Jordan was sidelined for weeks, but Mr Kemp said he was able to play four or five games after being cleared by doctors and professional medical advice was followed.

"We're not going to blame anyone, I think everyone did their best. We tried to follow the process."

Mr Kemp said he was watching the game with Jordan's two sisters when he got tackled. "Our team won the ball. Then he stood up and started running again, then fell over, and he never got up again. They had to take him away after that."

Doctors trying to save Jordan's life at the weekend told the family he had a lot of bleeding on his brain after a severe knock, Mr Kemp said.

But former All Black Grahame Thorne has criticised the medical advice given.

Mr Thorne, whose 20-year-old son David suffered a stroke after being tackled in 2006, said on Monday that his heart goes out to the Kemp family.

"You'd think with all the publicity and things like Peter Fitzsimons in Australia jumping in about concussion, that the doctors might have been a little bit more virulent about letting him go back to playing rugby so soon."

Mr Thorne said Jordan Kemp must have suffered a pretty bad concussion if he had to be put out for a month.

Investigations are underway into what led to his death and police are to refer the matter to the coroner.

Jordan Kemp was described as a promising young rugby player from a highly regarded and well-known rugby family.

Otamatea club president Kevin Robinson said the teen was tackled before he collapsed to the ground. He told Radio New Zealand's Morning Report programme on Monday he had been cleared to play after the earlier concussion.

"Our club is very devastated, we're obviously in mourning. We're a very tight-knit club and the Kemp family is a huge part of this club. We'll never get over this, this is just traumatic for us."

The club has said it will do everything it can to support the family, and Mr Robinson was with them on Sunday.

"They are obviously very devastated. They will go through their grieving process now. We'll be there to support them all the way, and we'll get through this. It's a pretty resilient little community."

"It's a hell of a shock to the family, as you can imagine. There was this young, fit healthy boy running around playing rugby and then he passed away so they're devastated. We're going to work with them about how they want to work in and around the funeral and we have to cancel club rugby next weekend for that club, or whether they want to play to show their respect to Jordan."

The death was the first incident of its type in Mr Parkinson's four years heading the Northland Rugby Union.

"Like with any death, the police are initially involved and they go through their process. From what I understand the early indications are that no-one can actually point to a time in the game where they remember an incident happening, but unfortunately Jordan collapsed and got up and staggered around - he was removed from the field and an ambulance was called. They need to go through their process."

Jordan Kemp was a triplet and one of his sisters, Crishla Kemp, had been posting updates about her brother's condition on Facebook.

On Saturday, she wrote that Jordan was on life support after surgery and was not expected to make the night but that he was a fighter. She wrote "Kia kaha my bro, born together, die together".

She wrote again after his death on Sunday: "The moment God took you from me at 3:45pm today Sunday the 6th of July is the moment he took a part of me too. In the end you're with us in sprit my bro, I know you'll always be watching over us and I love you so much you have no idea my bro, save a spot for me up in heaven for me!"

Counselling has been organised for Jordan Kemp's teammates. The Rugby Foundation, which has supported seriously injured rugby players for almost three decades, is supporting the Kemps and 102 players, chief executive Lisa Kingi said.

"A day like today is absolutely devastating for everyone. This is really catastrophic and too horrible for words, but yes it is rare.

"Rugby is a contact sport - there are lots of other sports that are physically dangerous and risky. But at the end of the day this is a really really sad accident and it doesn't happen often, but once is just too much."