Two people were injured in a helicopter crash near the Marlborough town of Ward on Sunday, and had to be freed from wreckage after it hit the ground.

The Rescue Co-ordination Centre said the emergency beacon of the small, two-seat Hughes Schweizer 269 chopper was activated at 8.45am on Sunday.

Police said the occupants appeared to be hunters.

They were found by two rescue helicopters flying out of Nelson and Wellington and an ambulance was also sent the crash site, which is seven kilometers north west of Ward.

The ambulance service said one person was being treated for leg injuries and another for back injuries. 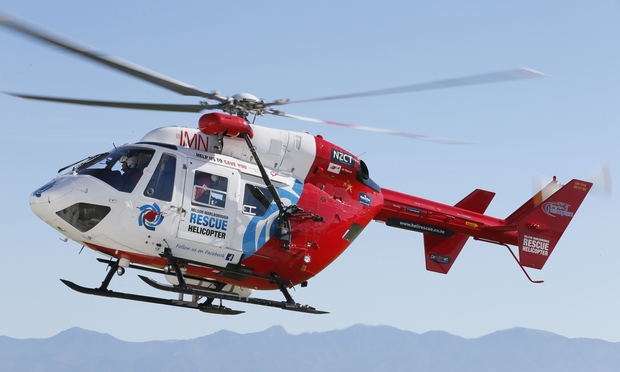