The Government appears to be softening its stance on earthquake-proofing buildings - it has asked officials to look at options for exempting low-risk buildings from tough new codes.

A law now before Parliament would require all buildings to be brought up to 34 percent of building standards applying to modern construction.

But the Building and Construction Minister, Nick Smith, has already said that farm buildings will be exempt, because they have people in them only occasionally.

Previously critics have said it's unfair that the same rules apply to Auckland as to Wellington, and that small towns can't afford to strengthen their vulnerable buildings.

That proposal has been attacked as one-size-fits-all. 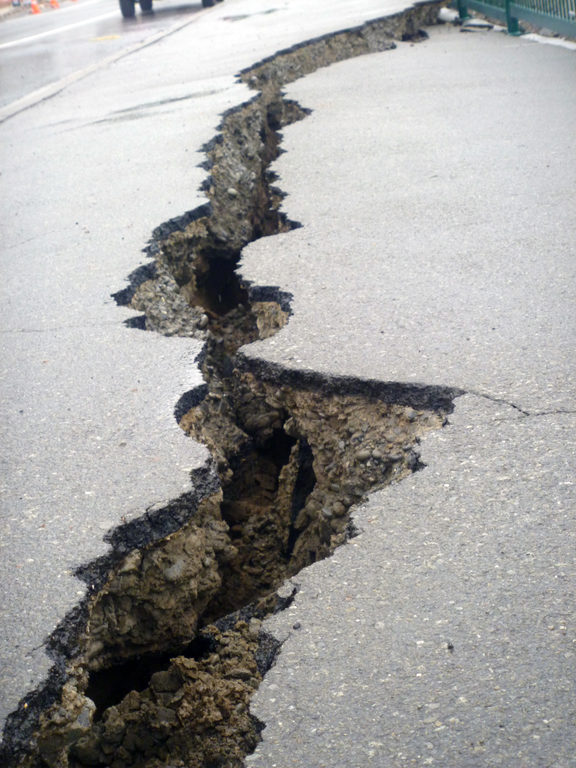 Cracks in the pavement in Lyttleton. Photo: RNZ

Mr O'Reilly said he shared a widespread view that the proposed rules penalise all people equally regardless of real risk and would bring huge costs.

Business New Zealand said money will not be available in many small towns to strengthen buildings, so many will be knocked down instead, destroying huge amounts of economic value.

The Government has also released building policies it says will give homeowners on the Port Hills some clarity around protecting their properties.

The policies are designed to ensure retaining walls are built and repaired to a standard that will withstand earthquakes.

Dr Smith said the policies formed part of the residential guidance document from the Ministry of Business, Innovation and Employment on repairing and rebuilding houses affected by the Canterbury earthquakes

It was developed following consultation, international research and studies into how retaining walls performed in the Port Hills during the earthquakes.